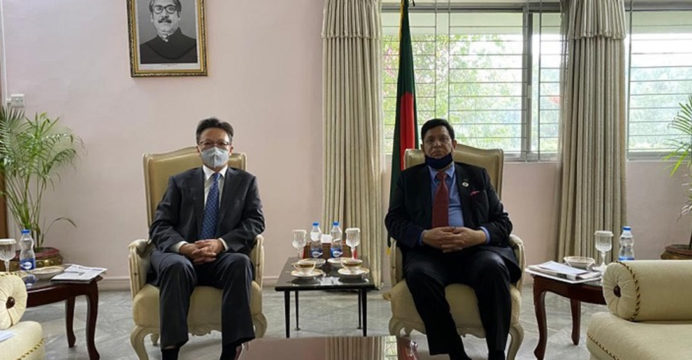 The Chinese ambassador is concerned over Rohingya rehabilitation delay

Chinese Ambassador to Bangladesh Li Jiming has expressed concern that the repatriation process of Rohingyas to Myanmar has not started yet.

Chinese Ambassador to Dhaka on Sunday expressed this concern during a meeting with Foreign Minister A. K. Abdul Momen.

He said there were allegations that some Rohingya were involved in drug trafficking. Six of them have been killed in recent clashes between two groups of Rohingya. Moreover, all these incidents are increasing as there is no barbed wire fence.

Due to the delay in the repatriation process, the dissatisfaction of the local people with the Rohingya and foreign aid agencies is increasing day by day.

Besides, the Foreign Minister also expressed Bangladesh’s concern over the mobilization of troops on the Myanmar-Bangladesh border. Dr. Momen noted that providing humanitarian assistance and improving the quality of life for the Rohingya is not enough to solve the problem. Rather, they need a permanent solution through repatriation. The Chinese ambassador agreed with him.