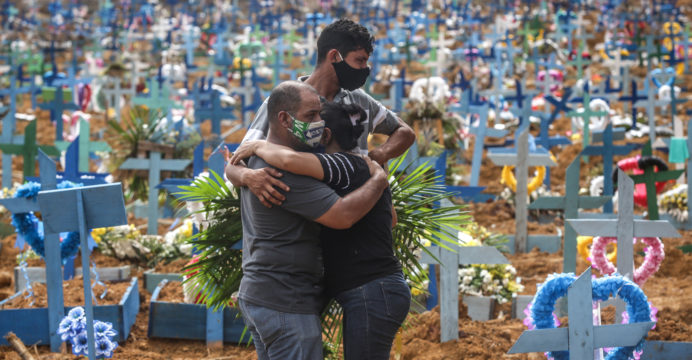 One and a half lakh deaths in Brazil due to Corona

In Brazil, the number of deaths due to coronavirus infection has exceeded 150000, Reports BBC.

According to the country’s health ministry, 150,198 people have died of coronavirus infection in Brazil so far.