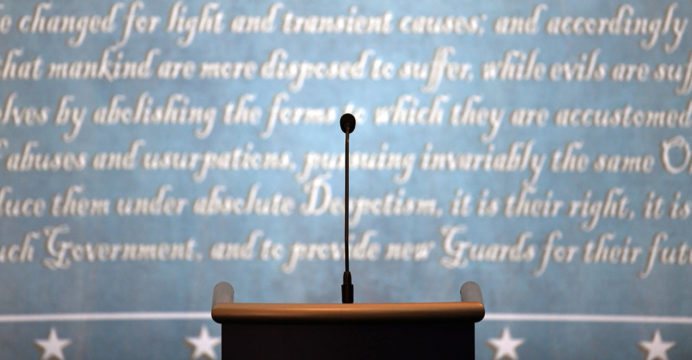 The Commission responsible to organize Presidential Debates stated on Friday that it has canceled next week’s confrontation between us president Donald Trump and his Democratic opponent Joe Biden after Donald Trump said he would not participate in a virtual format.

“Each (candidate) now has announced alternate plans for that date,” the commission announced in a statement. “It is now apparent there will be no debate on October 15.”

The final debate between these two Presidential candidates will be held on October 22 in Nashville, Tennessee.

of caution because Trump had tested positive for the coronavirus, but the president refused to participate.