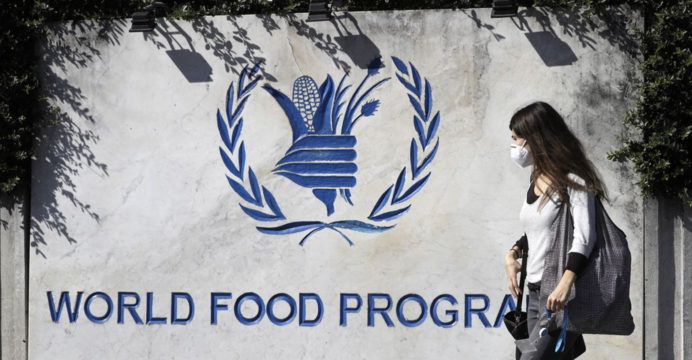 The Norwegian Nobel Committee announced the winner of this year’s Nobel Peace Prize from the Norwegian capital Oslo on Friday.

“This is a moment of pride,” a WFP spokesman said in response to the Norwegian Nobel Committee’s announcement of the winner of this year’s Nobel Peace Prize.

The coronavirus pandemic has contributed to a strong upsurge in the number of victims of hunger in the world. In the face of the pandemic, 2020 #NobelPrize laureate the World Food Programme @WFP has demonstrated an impressive ability to intensify its efforts.#NobelPeacePrize pic.twitter.com/DnMLqFO9P4

The Nobel Prize is worth 10 million Swedish kronor.

The Norwegian Nobel Committee is responsible for selecting the winner of the Nobel Peace Prize. All Nobel Prizes were announced in Stockholm, Sweden, but the Peace Prize was announced in Oslo, Norway. The work was done in accordance with the will of Alfred Nobel.