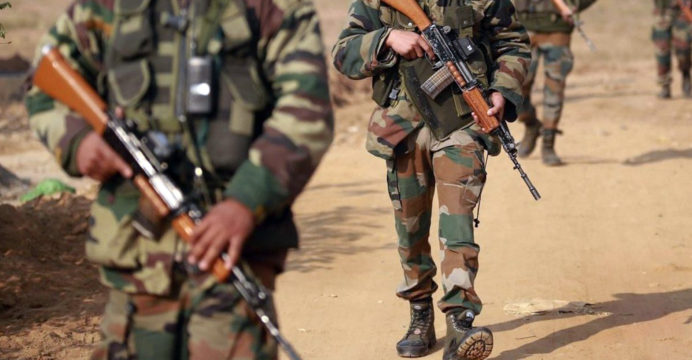 One Arrested in Kashmir on suspicion of being a ‘Pakistani spy’

A man has been arrested from India’s Jammu and Kashmir on suspicion of spying for Pakistan. The country’s police arrested him from Samba on Wednesday. The arrested person’s name is Kuljit Kumar, he is 21 years old. His home is in the village of Awtal Katalan, near the international border with Pakistan.

Explaining the matter, Sambar SSP Rajesh Sharma said, ‘The accused was arrested on Wednesday evening. He used to smuggle information and pictures through social media to an unknown source at the border. We also found that money had been transferred to his bank account.

Four mobile phones and several SIMs were recovered from the arrested person.

Rajesh further said that the young man has been working as a spy for Pakistan since 2016. He was constantly smuggling pictures of some of the country’s bridges and important information about other constructions to someone across the border. Police are trying to get more information by interrogating him.

A case has been registered against him under the Enemy Ordinance Act, the police chief said.

Several army units have cordoned off the border across the Samba district. There is a samba brigade. It is believed that the young man was also smuggling various information from the army to the Pakistanis.