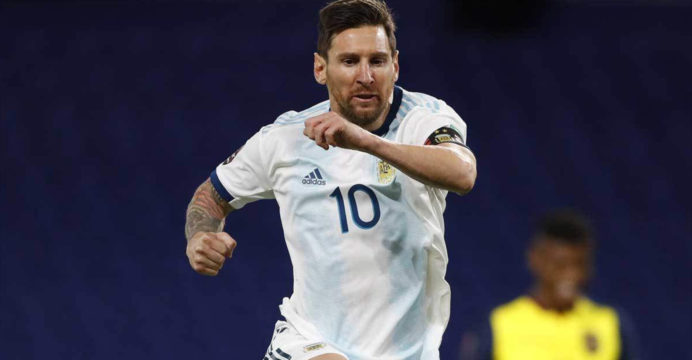 Lionel Messi’s team made a great start at home. The referee blew the whistle for a penalty in the 13th minute of the match when Lucas Ocampos was fouled in the box. Lionel Messi led the team from the spot-kick. This is the 72nd goal of LMT for the national team.

And if he scores 5 goals, he will touch Pele, the highest goal scorer in South America. Despite leading the ball throughout the match, Argentina could not increase the gap. Ecuador, on the other hand, failed to score. Argentina left the field with a 1-0 victory.