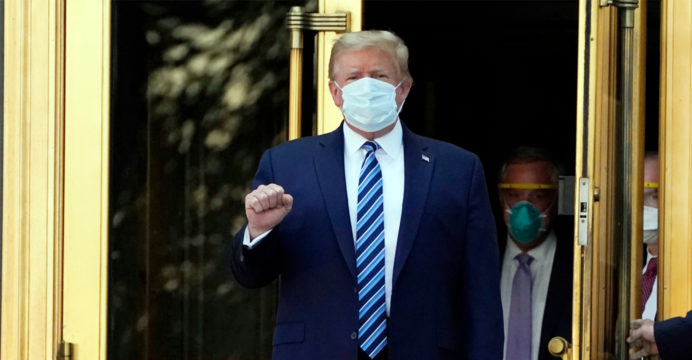 Trump left the hospital after treatment

US President Donald Trump returned to the White House on Monday from a four-day emergency treatment process in the hospital.

Upon his return to the White House, he removed his face mask again and vowed to return to the campaign trail. Corona was identified in Trump’s body last Thursday. He was then rushed to the hospital.

Meanwhile, there is less than a month left for the presidential election in the country. Trump still lags behind rival Democrat Joe Biden in opinion polls.

Trump’s return to the White House means he is now physically fit to run in the election rush. That is what analysts think.

Trump also tweeted, “We are returning to the election campaign very soon.”

Meanwhile, despite being released from the hospital, his doctor Sean Conley said Trump is back to the work but he is still under risk for another week.