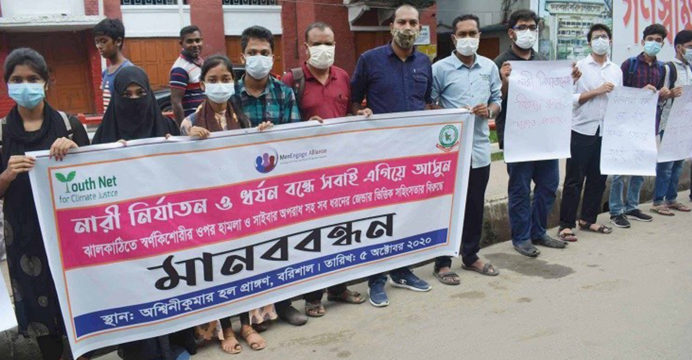 A human chain and press conference has been held in Barisal demanding an end to the abuse and rape of women and children across the country, including the attack on youth organizer Nasrin Akhter Sara and cyber crime in Jhalokati.

Members of various children’s and youth organizations in the human chain urged everyone to unite to stop the ongoing violence against women and children across the country with placards in hand. A press conference was held at the Barisal Reporters’ Unity at the end of the human bond.

Sohanur Rahman, Coordinator, Youthnet for Climate Justice read out the written statement. He said, “Every woman and child in the country is at risk of violence. The level, type, and cruelty of violence against women and children have multiplied. The main reason for this is the attitude and behavior of not considering women as human beings. Misogynistic attitudes and culture create a tendency to oppress women on the one hand and blame the oppressed women on the other. Convicts pass without trial or do not come under trial. On the other hand, the protracted nature of the case makes the delivery of justice uncertain.” 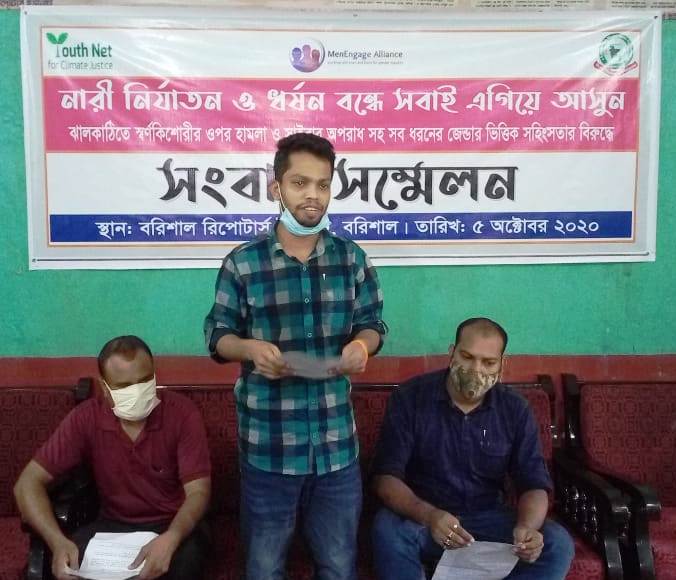 The speakers also said that Nasreen Akhter Sara, a youth organizer in Jhalokati, was injured in an attack on her house with the intention of murder. Even in 4 days of the case, the accused is still out of reach and carrying cybercrime. On the contrary, the attacker has filed a baseless extortion case against the victim Sara and her family.

Protesters called for the arrest and trial of the culprits as soon as possible as well as the accountability of the police, the administration, the doctors, and everyone involved in the investigation of the incident.

Organizers demanded that various organizations and institutions be directed to take action to implement the judgment passed by the High Court to stop sexual harassment in the workplace and educational institutions.