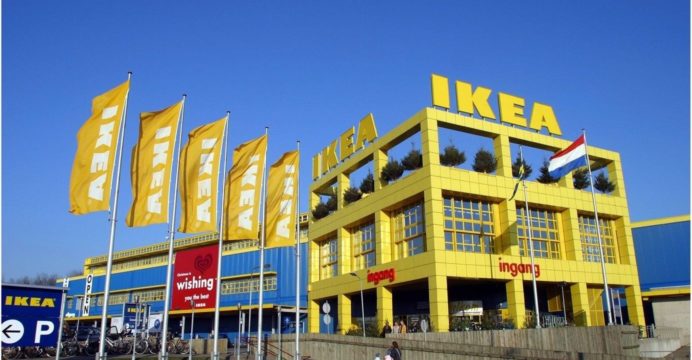 Ikea plans to open a record number of stores this year

Furniture store giant Ikea plans to open a record number of stores this year even as more and more shopping is done online.

The Swedish company and its franchisees will open 50 stores worldwide – including in the UK – adding to the 445 stores currently run by the brand, reports BBC.

Ikea’s biggest franchisee said demand was rising after lockdown as people seek to do up their homes. It comes as Ikea’s sales in the year to August fell 4% to €39.6bn (£36bn). It is a better result than company bosses had expected at the height of the global lockdown.

Jesper Brodin, boss of Ingka Group, a franchise company that operates the majority of Ikea stores, told the BBC that people were increasingly keen on improving their homes after spending long periods indoors.

“We were expecting a gradual ramp-up in our business [when our stores began to reopen around the world], but we like many others were absolutely wrong,” he told the Today programme.

“From day one of opening we have had a tremendous interest in coming back to our stores.”

Ingka will open 30 new stores in the next 12 months, including an Ikea in Hammersmith, London due to open in spring. In June, Ikea said it would repay money it got from state wage support schemes around the world, including in the US and Ireland.

However, it did not include the UK as although the furniture chain furloughed 10,000 UK workers it did not claim back their salaries from the government.