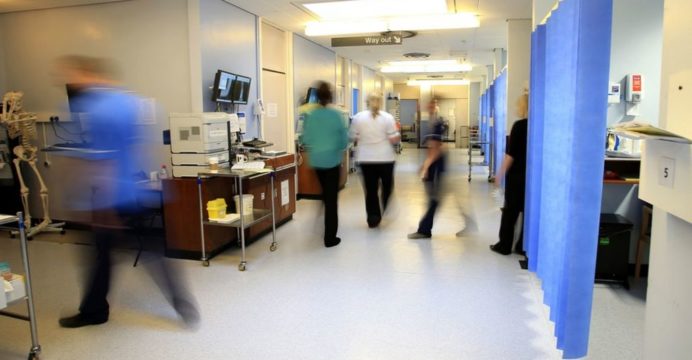 More than two-thirds of those were in the North West, North East and Yorkshire. It comes as a further 14,542 cases were confirmed across the whole of the UK on Tuesday. That daily figure has trebled in a fortnight, reports BBC.

Extra restrictions have been introduced in many areas of the UK to try to contain the spread of the virus – including across the whole of Scotland and Northern Ireland.

On top of these national measures, parts of Wales, Scotland, Northern Ireland and areas in the Midlands, Lancashire, Merseyside, West Yorkshire and the North East of England have seen additional rules imposed.

But Prof John Edmunds, who advises the government’s coronavirus response as part of Sage, said more stringent national lockdown restrictions were needed to bring the pandemic under control.

He told BBC Newsnight local restrictions in the north of England had not been very effective, and the government’s “light tough” measures were just “delaying the inevitable”.

“We will at some point put very stringent measures in place because we will have to when hospitals start to really fill up,” he said.

“Frankly, the better strategy is to put them in place now.”

First Minister Nicola Sturgeon said new coronavirus restrictions would be announced on Wednesday – but it will not be another full lockdown.

And households could be banned from mixing in Nottingham after a surge in cases, a city health official has said.

The BBC understands that the government will push ahead with a new “three-tier” approach to restrictions in local areas of England, in an effort to replace the patchwork of existing measures.

Under the system, local areas would be put under one of three levels of restrictions based on the number of cases per 100,000 people.

In total, nearly 2,800 patients are in hospital with Covid in England, compared with more than 17,000 at the epidemic’s peak. A total of 2,783 Covid-19 patients spent Monday night in England’s hospitals – the highest daily total since 25 June. There were also 349 patients in mechanical ventilation beds.

The latest hospital admissions figures, released for Sunday, show there were 478 new patients admitted – the highest daily figure since 3 June.

In Scotland, 262 people confirmed to have Covid-19 are in hospital – a rise of 44. In Wales, 92 admissions were recorded on the government’s coronavirus dashboard – but that figure includes people who are suspected to have coronavirus, as well as those who have tested positive. There were no admissions in Northern Ireland.

Meanwhile, the government won a vote on retaining the “rule of six” in England by 287 votes to 17.

Among the MPs who voted against it were 12 rebel Tories, one of whom called it a “massive intrusion” into people’s lives that does not “make sense”.

The prime minister’s spokesman earlier described it as a “sensible and helpful” measure.