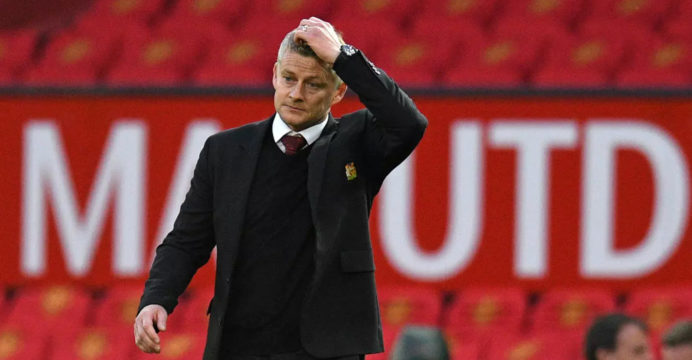 Manchester United collapsed to their worst loss in nine years on Sunday as Tottenham’s 6-1 rout at Old Trafford fell the Red Devils back into a familiar state of crisis.

Manchester United have not contended for the Premier League title since legendary former manager Alex Ferguson retired in 2013.

However, hopes were high that the club was on the up as they secured a return to the Champions League on the back of a 14-game unbeaten run to finish the Premier League last season.

That optimism has proven misguided inside the first month of the new campaign as United were also soundly beaten 3-1 at home to Crystal Palace and were incredibly fortunate to escape with a 3-2 victory at Brighton last weekend.

United’s owners and decision-makers have been fiercely criticized for failing to strengthen as their rivals have splashed out in the transfer market despite the economic cloud caused by a coronavirus.

However, United’s finances have been hamstrung by the Glazer family’s leveraged buyout of the club in 2005.

Unlike most of their Premier League rivals who can count on net investment from their ownership, over o1 billion has flowed out of United over the past 15 years in dividends.