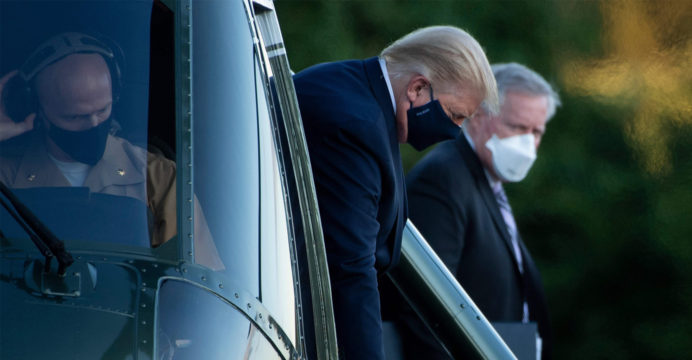 US President Donald Trump has been taken to the hospital for extra care and treatment after contracting the coronavirus.

CNN reports that President Donald Trump was taken to the Walter Reed National Military Medical Center in Maryland just 24 hours before they identified for being affected with coronavirus.

White House officials in Washington say President Trump is being taken to hospital as a precaution. The president’s helicopter, Marine One, took him from the White House premises to the hospital.

Earlier, Donald Trump, 74, said Wednesday night (September 30) that he and his wife, Melania, had gone to quarantine because of the “symptoms” of the coronavirus.

White House officials say the president was tired but in a good mood after being given medication as a precaution.

The White House said in a statement that President Trump is doing well, has some mild symptoms and has been working all day.

The president will work from Walter Reed’s presidential office in the next few days, according to the statement, and for extensive caution and on the advice of his doctor.