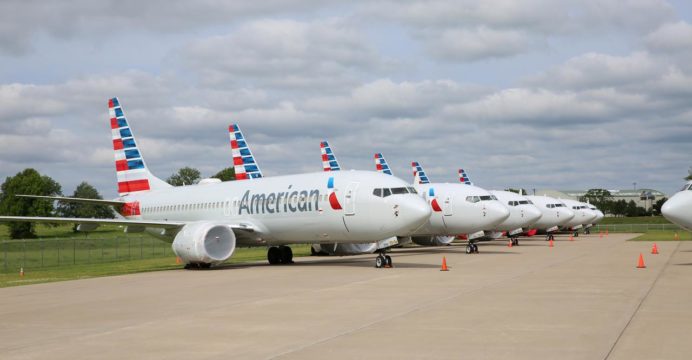 American Airlines will start laying off 19,000 employees from today, the company declared, as US officials couldn’t reach an agreement on fresh aid to the pandemic-hit air travel sector.

US carriers that received billions in aid from Congress had committed to withhold from furloughing staffs until the end of September, setting the stage for potentially thousands of job lay off this month.

“Our elected officials have not been able to reach agreement on a Covid-19 relief package… As a result, tomorrow, we will begin the difficult process of furloughing 19,000 of our hardworking and dedicated colleagues,” CEO Doug Parker said in a letter Wednesday.

Nevertheless, he sounded a note of hope saying that if lawmakers are able to hammer out an agreement for new assistance, the lay offs would be cancelled and the impacted teams recalled.

Since the coronavirus intensified in March, US airlines have been grounding planes and delaying jet deliveries to restrict their cash-burn as air travel remains at about only one-third of its level a year ago.

Carriers have struck deals with unions to spread out work among staffs. Tens of thousands of staffs have also accepted unpaid leave or early retirement packages to avert the need for involuntary sacks.

Yet, the decisions will not be enough to avert all job lay offs. Airlines have said they do not expect a full recovery until a vaccine is widely available, which company executives have said may not be until late 2021.

Unions have said 100,000 people or more could be laid off without additional federal aid, but analysts expect a smaller number than that as airlines and unions seek ways to avoid layoffs.