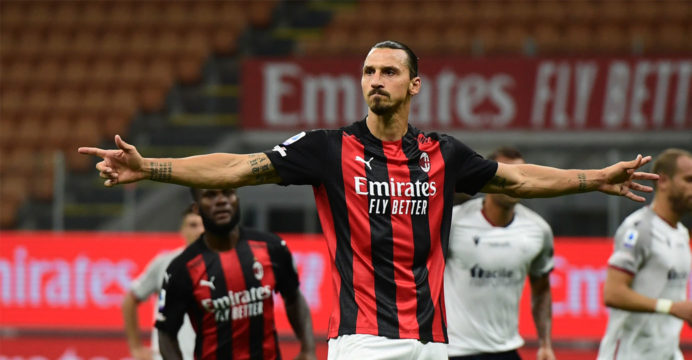 AC Milan’s veteran striker Zlatan Ibrahimovic has been attacked by COVID-19. This information has been confirmed by the club.

AC Milan has said that Ibrahimovic could not play in the Europa League match against Bodo / Glimt at home because of this. Milan won the match by the 3-2 goal. He was sent home to quarantine and the matter was reported to the country’s health department.

A day earlier, Ibrahimovic’s teammate Leo Durate also tested positive. However, Milan has said that after two cases found, all the results in the corona test of the entire team have found negative.

Ibrahimovic, 38, wrote on Twitter: “I tested negative to COVID yesterday and positive today. No symptoms what so ever. COVID had the courage to challenge me. Bad idea”

Ibrahimovic, a former Barcelona, Juventus, Ajax and Inter Milan striker, was affected by Corona as a high-profile player after the league resumed in Serie A in June after a three-month hiatus.