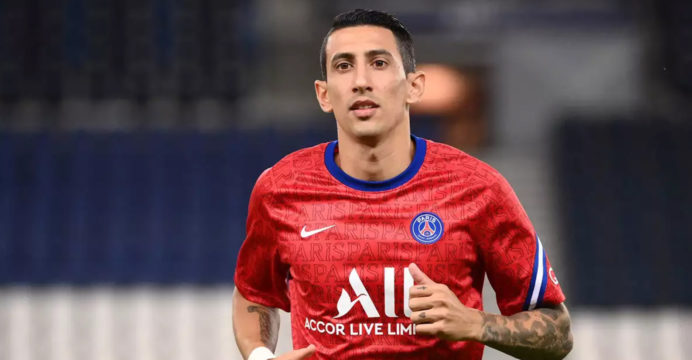 PSG winger Angel Di Maria has been banned for four matches for misbehaving in a 1-0 defeat to Marseille in the tumultuous League One match. The French league made the announcement in a statement.

Both teams were quite aggressive throughout almost the entire time of that League One match. At the last moment of the match, a foul centered on the field. The referee was forced to show red cards to five players from both teams. In the whole match, 16 cards including red and yellow had to be shown. PSG’s Neymar, Leonardo Pardes, and Levin Kurzawa and Marseille’s Dario Benedetto and Jordan Amavi received red cards, but De Maria somehow survived.

However, Marseille coach Andre Vyas Boas later revealed that the Argentine star had spat at one of his players. The matter was later investigated. The league’s statement did not elaborate on why De Maria was punished. De Maria’s ban has been in effect since Tuesday. This means he will not be able to play against Angers, Nimes, Dion and Nantes.

The dispute between Neymar and Marseille defender Alvaro Gonzalez is under investigation. The decision will be taken at the next disciplinary committee meeting of the league on September 30. Neymar was banned for two matches for hitting Alvaro in the head. But Neymar later accused Alvaro of racism. Although Alvaro has denied the matter.