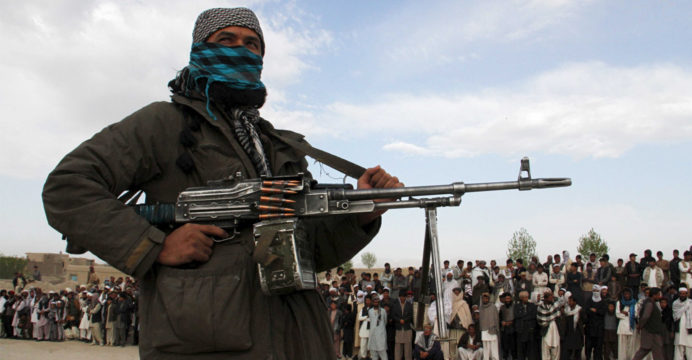 A Taliban attack in southern Afghanistan has killed 28 policemen

27 members of the police force have killed during fighting with the Taliban in southern Afghanistan. This is the latest incident in the ongoing massive fighting in the government-controlled district. The district is also expected to fall into the hands of militants.

A local official said Taliban militants killed the policemen after they surrendered. But the militants have denied it. AFP could not immediately confirm the claim.

The incident took place in the Gizab district of Afghanistan’s southern Uruzgan province. Government forces have been fighting the Taliban there for the past few days. The Taliban have been carrying out a series of attacks on Afghan police and army outposts to take control of the district.

Jalgai Ebadi, a spokesman for the Uruzgan governor, said that Taliban fighters offered to allow 28 local and national police to leave if they surrendered on Tuesday.

“But after taking their weapons, Taliban militants killed them all,” Ebadi said.

Provincial council chief Amir Mohammad Barekzai confirmed the news of the massacre, saying there was heavy fighting. Barekzai did not say whether the policemen were killed before or after surrendering.

A third local official, speaking on condition of anonymity, said the death toll is about 28 to 30. He said three policemen were able to escape from there.

Meanwhile, the Afghan Home Ministry declined to comment on this issue.