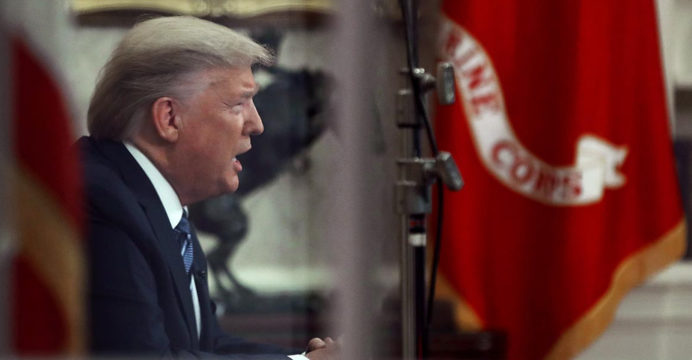 China on Tuesday accused Donald Trump of spreading a “political virus” at the United Nations. They blamed Trump after the US leader slammed Beijing at the UN General Assembly over the global spread of the COVID-19 epidemic. News from AFP.

Zhang Jun, China’s ambassador to the United Nations, told reporters that the United States is spreading the political virus in the UN General Assembly session at a time when the international community is sincerely fighting COVID-19.

“I would like to emphasize that the statement of the United States is completely inconsistent with the normal environment of the General Assembly,” he said.

Earlier, in a speech to the UN General Assembly, Trump blamed Beijing for the spread of COVID-19 worldwide and slammed the virus, calling it the “China virus.”

Recalling a rally speech, Trump called on the world to take action on the “plague” that is spreading in China.

Trump has repeatedly blamed China for the outbreak. The death toll from the virus has already surpassed 200,000 in the United States. This number is much higher than any other country in the world.