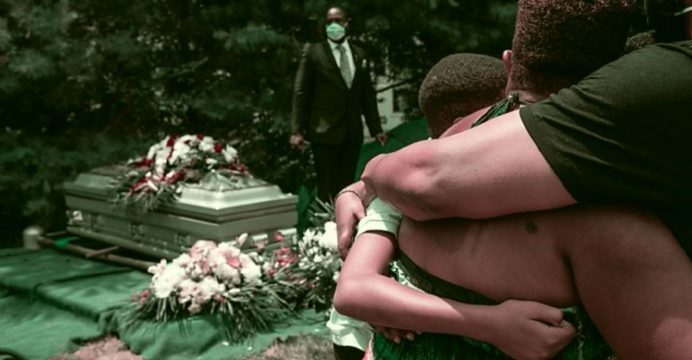 The US coronavirus death toll passed 200,000

The US coronavirus death toll has passed 200,000, according to data from Johns Hopkins University (JHU).

More than 6.8 million people are known to have been infected in the US, more than in any other country. The milestone comes amid an increase in cases in a number of states, including North Dakota and Utah, reports BBC.

President Donald Trump said on Tuesday the new death toll was a “horrible thing” and claimed China “should have stopped” the virus.

He also defended his record, claiming that had the US not taken action, “you could have two million, 2.5 or three million” dead.

JHU reported the new death toll of 200,005 on Tuesday. The university has been collecting US and global coronavirus data since the outbreak began late last year in China. The first case in the US was confirmed in January.

President Trump’s administration has been repeatedly criticised over its handling of the outbreak.

“Due to Donald Trump’s lies and incompetence in the past six months, [we] have seen one of the greatest losses of American life in history,” Democratic presidential candidate Joe Biden said on Monday.

“With this crisis, a real crisis, a crisis that required serious presidential leadership, he just wasn’t up to it. He froze. He failed to act. He panicked. And America has paid the worst price of any nation in the world.”

But on the same day, Mr Trump said he and his administration had done “a phenomenal job” and gave himself an “A+” for his handling of the pandemic.

He said the US was “rounding the corner on the pandemic, with or without a vaccine”.