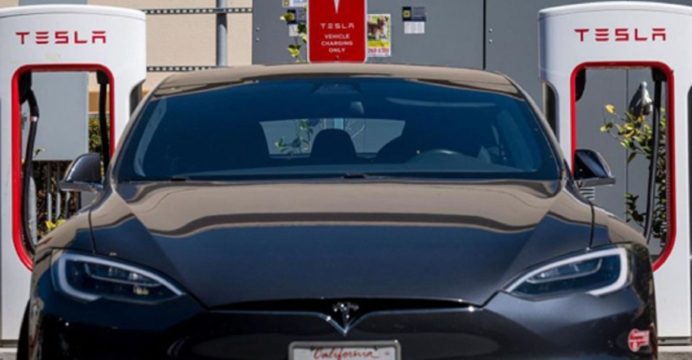 Tesla yesterday said it is slashing battery costs to speed a global shift to renewable energy, and could have a $25,000 model available in 2023 or so.

Tesla’s CEO Elon Musk and the head of Tesla’s power team laid out battery design, material and production innovations that combine to reduce the cost per kilowatt hours by 56 percent.

New approaches to assembling lithium-ion batteries for vehicles are badly needed, given the limited supply and cost, Musk said during a “Battery Day” presentation.

Tesla is refining a new way to manufacture batteries at its facility in Silicon Valley, with the process potentially enabling the company to field a $25,000 model in “three years-ish,” according to Musk.

Despite a long-stated goal of building electric vehicles for the masses, Tesla models, at present, begin at a bit over $35,000 and quickly leap in price.

“It is absolutely critical that we make cars that people can actually afford,” Musk said.

“We are confident that, long-term, we can make a compelling $25,000 electric vehicle.”

He expressed confidence Tesla could have a more affordable, autonomous vehicle on the market in that approximately three-year time frame.

Musk had earlier put out word on Twitter that Battery Day declarations would be “insane,” raising investor hopes that cheaper batteries packed with more power for longer range were on the immediate horizon.

But Tesla stocks, already down when the stock exchange closed for the day, dropped over six percent more in after-market trades.

During the presentation, Musk and energy engineering senior vice president Drew Baglino laid out the technical details of how Tesla has overhauled battery making, from raw materials and design to building finished cells into the very structures of cars.

“We don’t yet have a truly affordable car, but that is something we will do in the future,” Musk said.

“To do that, we need to bring the cost of batteries down and reduce the cost of manufacturing.”

Making lithium-ion batteries cheaper and more abundant is necessary to a broader shift away from relying on fossil fuels to boost the economy, which is Tesla’s over-arching aim, as stated by Tesla CEO.

“We are going to work our darndest to transition the world to sustainable energy as soon as possible,” Musk said.