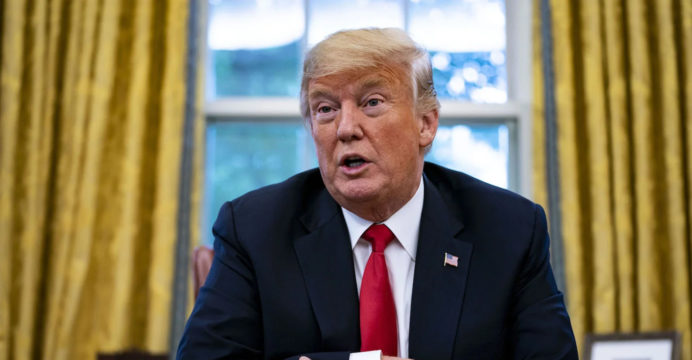 The issue of appointing a judge to the Supreme Court is now the most talked about issue in the electoral politics of the United States. The issue of the appointment of a judge is expected to come up in the first direct debate between the two presidential candidates, Donald Trump and Joe Biden. Meanwhile, the political situation in Washington is beginning to become fragile. The Democratic Party has threatened to impeach President Trump again.

The US presidential election is just a few weeks away. The process of early voting and postal voting has started in different states. The stage is set for a direct debate between the two candidates on September 29. Analysts are not ready to speculate on how heated the debate will be and how much it will affect politics.

Tim Murtoff, public relations director at President Trump’s campaign camp, said the issue of appointing a judge would undoubtedly come to the fore in direct debate.

The controversy erupted after the death of Justice Ruth Ginsberg last weekend. Two presidential candidates are already embroiled in the controversy; As well as American politics and socially-minded people.

The death of Ruth Ginsberg has given President Trump an opportunity to debate new issues. His position in this debate is at an advantageous place. The constitution is in his favor. His party has a majority in the Senate. Trump now has the infallible tool to appease the conservative group that his politics inspire the American people.

Trump will nominate a young conservative judge as a judge. Trump will boast of announcing the dominance of conservative ideas in America for the next 30 years.

Trump has said he will make the announcement next Friday or Saturday. After his words, the fight is getting more intense. President Trump is trying to bring the issue of the appointment of judges to the forefront of the entire election debate.