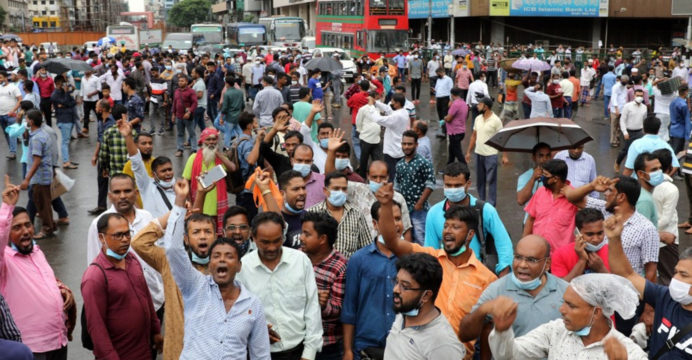 Expatriate workers are protesting in Dhaka’s Kawranbazar demanding air tickets to Saudi Arabia. As a result, the traffic there has stopped.

They say they will lose their jobs if they do not go to Saudi Arabia within the stipulated time.

“I have to go to Saudi Arabia by September 30,” one protester said reporters. Otherwise, there will be no job. I also had a return ticket. But now he is saying that he will not be able to give tickets during this period.

Another worker said, “My visa is valid for eight more days. If you can’t go within time, there will be no job. So what do I do? ”

Another person states, “My sponsor says, come to Saudi Arabia by the 30th of september as you can.” Otherwise I will not be able to go. But I don’t get a ticket. ”

Hundreds of ticket seekers began protesting in front of the Saudi Airlines office in Kawran Bazaar on Tuesday morning. At this time the traffic on the main road of Dhaka was stopped.