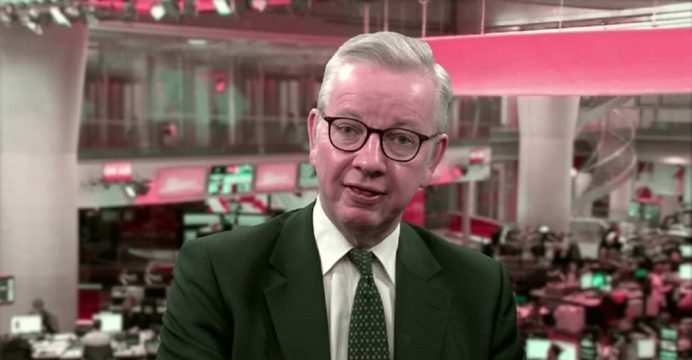 People in England should work from home “if they can”, Michael Gove said

People in England should work from home “if they can” to reduce social mixing and slow the spread of the virus, Michael Gove has said.

And plans to have spectators at sports fixtures would “pause”, the Cabinet Office Minister told BBC Breakfast.

It comes as pubs, bars, restaurants and other hospitality venues in England are told they must have a 22:00 closing time from Thursday, reports BBC.

Full details will be set out by the prime minister in Parliament later.

Boris Johnson met the first ministers of Scotland, Wales and Northern Ireland and will address the nation in a live broadcast at 20:00 BST on Tuesday.

As well as the early closing time for hospitality venues, he is expected to announce they will be restricted by law to table service only.

In July, the prime minister said people should “start to go back to work now if you can” and last month the government launched a campaign to encourage workers back to offices.

Mr Gove told BBC Radio 4’s Today programme: “We are stressing that if it is safe to work in your workplace, if you are in a Covid-secure workplace, then you should be there if your job requires it.

“But, if you can work from home you should.”

Asked if that was a change in advice, Mr Gove said: “Yes.”

The new message brings England into line with Scotland, Wales and Northern Ireland, which have all advised people to work from home wherever possible throughout the pandemic.

On Monday, the UK’s Covid-19 alert level moved to 4, meaning transmission is “high or rising exponentially”.

The government’s chief scientific adviser, Sir Patrick Vallance, has warned there could be 50,000 new coronavirus cases a day by mid-October without further action – which, he said, could lead to more than 200 deaths per day by mid-November.

Deaths remain low at the moment, however, with the Office of National Statistics reporting that coronavirus accounted for only 1% of deaths in England and Wales in the week to 11 September.

But this week also marks the first time deaths have increased rather than fallen since the beginning of April, and there are fears that rising numbers of patients in hospital will lead to more fatalities.