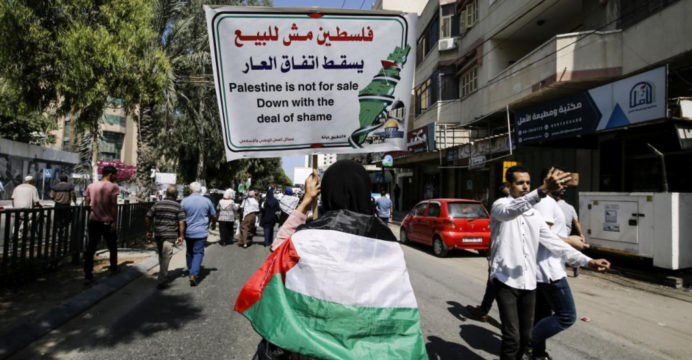 Saudi Arabia is committed to standing by Palestine. Saudi King Salman bin Abdulaziz has said that Saudi Arabia will remain steadfast in its policy of maintaining peace, harmony and harmony in the Middle East. Saudi Arabia’s cabinet has said it fully supports the establishment of an independent Palestinian state.

US President Donald Trump has hinted that Saudi Arabia will soon follow the same path once the UAE and Bahrain normalize diplomatic relations with Israel. Riyadh clarified the matter in response to his comments.

At the same time, the Saudi cabinet sent a strong message that any attempt to disrupt peace, order, and stability in the region would not be tolerated. The Saudi cabinet has decided to stand by the Palestinian people.

At the meeting, the ministers recalled their past history and said that Saudi Arabia has always been in favor of justice on the Palestinian issue. As a result, in 1967, the Palestinian people had the opportunity to establish an independent state along the border with East Jerusalem.