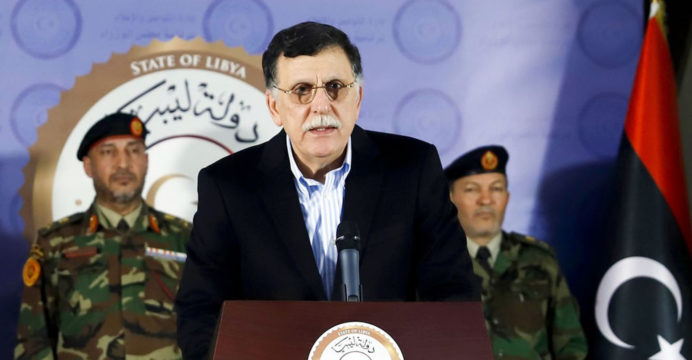 Libya’s UN-backed government (GNA) Prime Minister Fayez al-Saraj is resigning. He made the announcement just days after the resignation of the eastern government, Reports DW.

In a televised speech on Wednesday, Fayez al-Saraj said he wanted to resign by the end of October. “I would like to inform you that if it is too late, I will hand over the power to the new administrative authority by the end of next month,” Saraj said in a statement.

Oil-rich Libya has been plagued by problems since NATO-backed forces ousted longtime dictator Muammar Gaddafi in 2011. After that time, two separate governments, backed by armed groups and foreign governments, came to power in the east and west of the country.

Protests have recently started on a large scale due to load shedding, petrol and diesel prices without restraint and lack of money from the people. For the first time, protesters clashed with security forces in al-Marj, a stronghold of General Khalifa Haftar.