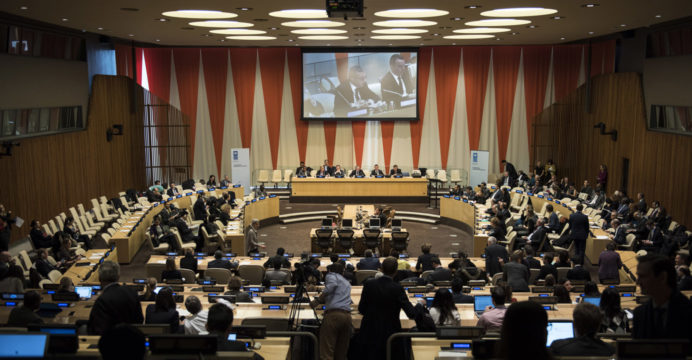 Bangladesh has been named as the Executive Board member of the UNDP, UNFPA, and UNOP ensuring the highest votes — 53 out of 54 votes with one abstention — for the term 2021-2023 beginning from the first of January of 2021.

The vote was on Monday at the United Nations (UN) Headquarters in New York where the 54-members of the Economic and Social Council (ECOSOC) decided to elect members to eight of the ECOSOC Subsidiary Bodies, a press release of Bangladesh Permanent Mission in the United Nations announced today.

The victory is the demonstration of trust and confidence that Bangladesh enjoys due to its strong legacy of working together with the UN entities and their Executive Boards towards the socio-economic emancipation of Singles under the visionary guidance of PM Sheikh Hasina, it maintained.