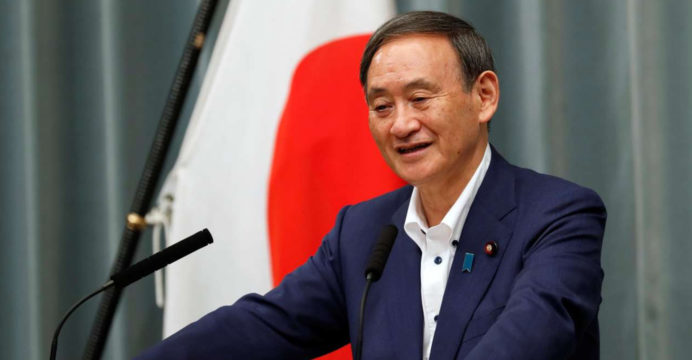 The ruling Democratic Party-LDP has chosen Yoshihide Suga, a worthy successor to the outgoing Shinzo Abe as Japan’s prime minister.

Mr. 71 years old. Suga is currently the head of Japan’s cabinet. He is known to be close to former Prime Minister Shinzo Abe.

Suga won the post of president of the Conservative-Liberal Democratic Party (LDP) by a wide margin, receiving 377 out of 544 votes from MPs and regional representatives.

Japan’s prime minister will be elected by another vote in parliament on Wednesday. With the LDP having a majority in parliament, their new leader is sure to be Japan’s next prime minister. Besides being the Prime Minister, Suga will also lead the LDP.

Yoshihide Suga will lead the interim government until the country holds national elections in 2021.

On August 26, Shinzo Abe announced his resignation from the post of Prime Minister, citing physical illness. He has been the Prime Minister of Japan for eight long years.