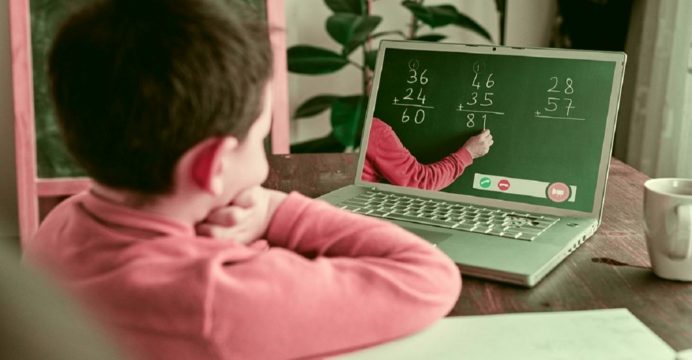 Rakuten Viber reveals the results of its worldwide poll in which around 185,000 people participated. The poll, performed in 24 countries in the world, showed respondents overwhelmingly using Viber alongside major e-learning products to facilitate communication.

Strikingly, over 70% of users say they will use Viber during the coming school year to connect with all three groups: parents, teachers, and students, and among them, 77% of users from Bangladesh stated it too.

It has been months since the COVID-19 pandemic struck, and still, education institutions globally are weighing how to move forward with the school year. In many countries, students will return to school physically and proceed with social-distancing friendly procedures. Others will employ a hybrid model or go fully remote, an option that has proven quite popular.

According to Viber’s poll, 75% of global respondents said the new school year should start remotely. In comparison, 65% of the users from Bangladesh stated that they would like a hybrid model consisting of both online and physical classrooms. All models, however, will require new methods of fostering education in a way that preserves normalcy as much as possible and ensures children receive access to the resources they need. Viber is serving students and teachers alike as an invaluable tool, whether online or offline, in the classroom or at home.

On average, 69% of the respondents from Bangladesh said they use Viber on mobile/tablet for educational purposes as a primary tool. In contrast, the percentage for the Philippines, Myanmar, and Sri Lanka are lower: almost 36%, 29%, and 49% of the countries’ users, respectively. 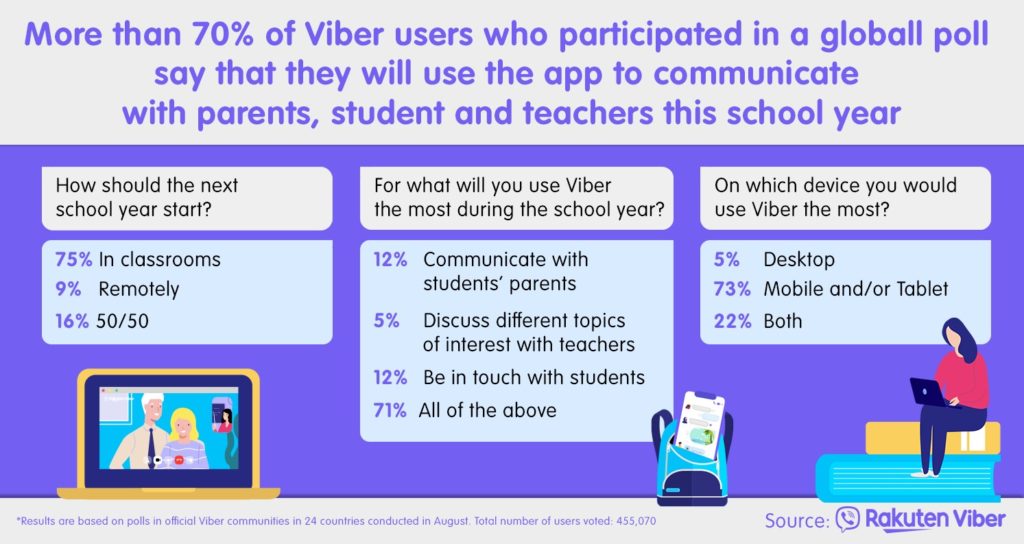 Most respondents said they use Viber in the coming school year to communicate with not only teachers and students, but parents too. Viber’s versatile nature—the platform offers services ranging from video chats to group chats and polls, all secured by top-notch encryption—makes it a potent supplementary tool to support online and offline educational processes alike.

Regarding it, Djamel Agaoua, CEO, Rakuten Viber, said, “A year ago, the future of education becoming 100% remote seemed like a vision for the next ten or even more years. Then the pandemic hit, and it happened overnight. As a parent, I have always used Viber to communicate with my kids. Throughout the last few months, we have seen many parents, students, and teachers using Viber to communicate for educational purposes, whether online or physically.”

New features will also be released in the coming weeks, such as quiz mode for polls (already rolling out), reminders in My Notes, and Media Gallery enhancements. At the end of the last school year, Viber was widely used for different educational purposes across the globe. Based on research conducted internally earlier this year by Viber in eight Central and Eastern European countries at the end of the last school year, 65% of the teachers said they used Viber as a tool that supports communication between classes.