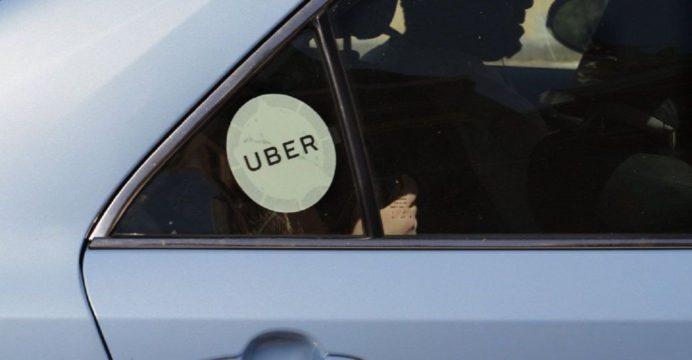 Taxis available through Uber will be electric by 2040

All taxis available through Uber app will be electric within 2040 – and within 2030 in US, Canada and Europe, the ride sharing company said.

Uber said the move was part of its “responsibility” to tackle the challenge of climate change.

The company will also be able to request an electric or hybrid vehicle.

That option is available in 15 cities in US and Canada for an additional $1, Uber said. It said it would introduce in over 65 cities worldwide by the end of 2020.

“It’s our responsibility as the largest mobility platform in the world to more aggressively tackle the challenge of climate change,” chief executive Dara Khosrowshahi said in a blog post yesterday.

“While we’re not the first to set ambitious goals in transitioning to [electric vehicles], we intend to be the first to make it happen.”

Uber and smaller rival Lyft have faced ongoing criticism for their role contributing to traffic and air pollution, with research showing many of their rides replace less polluting alternatives, like walking, biking, or taking public transport, reports BBC.

Lyft in June pledged to have an all electric fleet by next 10 years, but it did not outline support for drivers. Many of them operate their own cars.

Uber yesterday said that battery electric vehicles accounted for roughly 0.15% of the miles logged on its platform in the US and Canada between 2017 and 2019. Including hybrids, the mileage logged in green vehicles is about five times the average in the United States.

In London, where it has clashed with regulators, Uber had already pledged that all the firm’s rides would happen in electric cars by next five years.

Yesterday, it said Uber was working with Renault and Nissan to expand that effort to other cities in Europe, beginning in France. In the US and Canada, it is working with General Motors.

Uber said drivers will earn more per ride if they are using electric or hybrid cars and it was also working to include more alternatives to cars in its app.

Climate change organisations, which have pressed the company to improve its environmental record, said they were pleased by Uber’s announcement.

“Now it’s time for Europe’s city mayors to show leadership. We need all big cities in Europe to introduce zero-emission zones, new pop-up bike lanes and cycle-only corridors, while also providing easy access to charging at home, at work and wherever people park.”