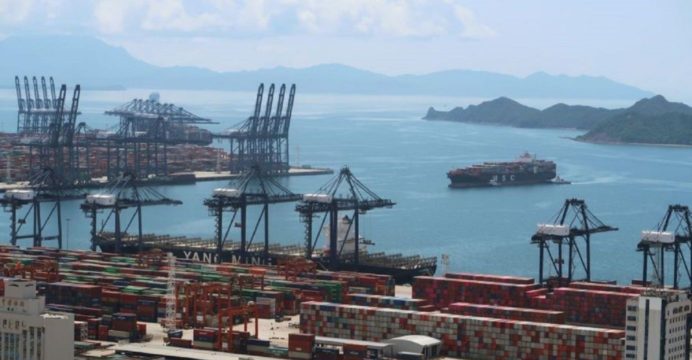 Overseas shipments have been hit less than feared by the pandemic.

Exports spiked 9.5 percent on-year last month, the Customs Administration said, much better than the 7.5 percent forecast on a Bloomberg news poll of analysts.

Economists cautioned, nevertheless, that a resurgence in new infections in some regions meant the outlook remained unsure.

Imports, which fell down in May but have since improved, contracted 2.1 percent — much worse than the 0.5 percent growth tipped by analysts.

Today’s data also showed that China’s trade surplus with the US increased by over a quarter.

Tensions between the US and China have escalated on various fronts, including Beijing’s handling of the pandemic, its policies in Xinjiang and Hong Kong, and on technology.

But in August, top negotiators from both sides agreed to push ahead with the phase one trade agreement signed in January, which obliges China to import an additional $200 billion in American products over two years.

HSBC economist Chen Jingyang said in a recent report that agricultural imports could lend some support to future readings, given they “are likely to continue to increase on the back of the fulfilment of the phase one deal with the US”.