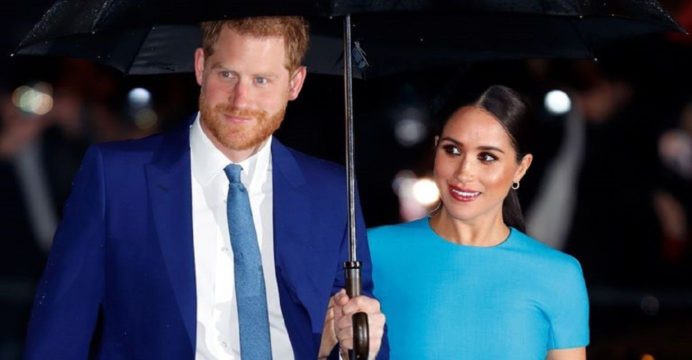 Harry and Meghan to make range of programmes with Netflix

The Duke and Duchess of Sussex have come to an agreement with streaming giant Netflix to create shows, some of which they may appear in.

“Our focus will be on creating content that informs but also gives hope,” said Prince Harry and wife Meghan.

“As new parents, making inspirational family programming is also important to us,” they continued.

Netflix chief Ted Sarandos said he was “incredibly proud” the royal couple had made the company “their creative home”.

It comes six months on from the couple stepping down from royal life and moving to California to live away from the media spotlight, reports BBC.

“Our lives, both independent of each other, and as a couple have allowed us to understand the power of the human spirit: of courage, resilience, and the need for connection,” said the couple in a statement.

“Through our work with diverse communities and their environments, to shining a light on people and causes around the world, our focus will be on creating content that informs but also gives hope.

“As new parents, making inspirational family programming is also important to us, as is powerful storytelling through a truthful and relatable lens.”

The pair said they were “pleased to work with Netflix, saying its “unprecedented reach” would “help us share impactful content that unlocks action”.

Sarandos said Netflix was “excited about telling stories” with the couple “that can help build resilience and increase understanding for audiences everywhere”.

As stated by Deadline, projects already in progress include “an innovative nature docu-series and an animated series that celebrates inspiring women”.

The royal couple will create their shows for Netflix under the banner of an as yet unnamed production company.

The Duke of Sussex can, at present, be seen on the streaming service in Rising Phoenix, a documentary about the Paralympic Games.

Meghan previously partnered with Disney to narrate Elephant, a documentary about the species for its Disneynature outlet.

This week’s declaration follows the recent publication of Finding Freedom, a book about the couple’s life in the Royal Family.

A spokesman for the Sussexes said they had not been interviewed for the book, which describes a culture of increasing tension between the Sussexes and other family members.