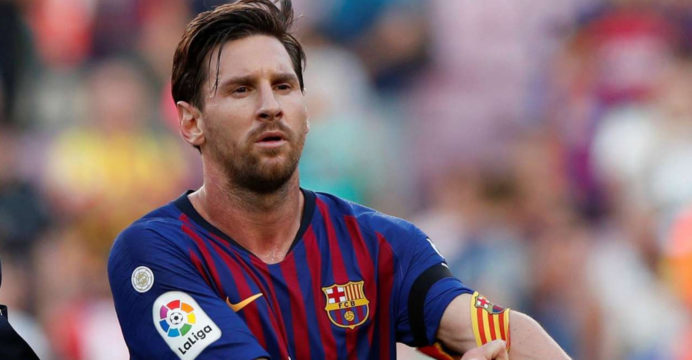 Football superstar Lionel Messi missed his COVID-19 test at Barcelona’s practice ground on Sunday morning, Barca sources have affirmed to news media, suggesting the chance he will boycott pre-season to force a transfer.

Without passing a COVID-19 test, Lionel Messi will be inadequate to join team-mates for Ronald Koeman’s first training session next Monday (31 August), with the start of the new La Liga season less than two weeks away.

Messi was due to report for testing at 10:15 am on Sunday but according to sources at Barcelona, he failed to show up at the Ciutat Esportiva.

The club’s captain and greatest ever player could now be punished with a fine and even a decrease in salary if the strike continues.

Rather, his absence offers a clear sign of his decision to secure a move and how ugly this dispute could now become.

Taking part in the team’s pre-season program could damage his legal case if his departure ends up being settled in court.