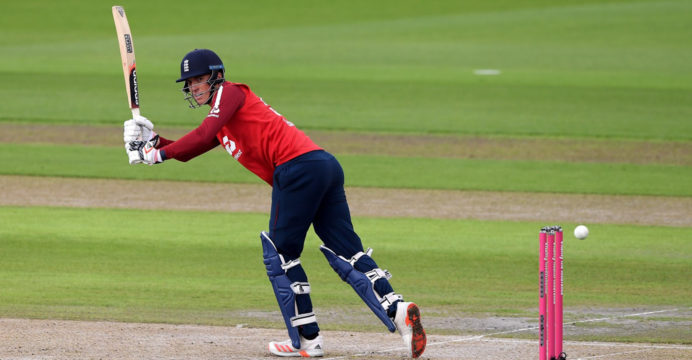 Tom Banton proclaimed himself on the international stage with a thrilling 71 off 42 balls before rain washed out England’s first Twenty20 against Pakistan cricket team at Emirates Old Trafford.

The 21-year-old Tom Banton became the youngest English player to score a T20 half-century as he hit four fours and five sixes against Pakistan.

His departure was the first of four wickets to fall for 14 runs, shortly before rain interrupted with England 131-6 after 16.1 overs.

The play was discontinued at 21:00 BST, although better weather is forecast for the second T20 of the three-match series at the same ground on Sunday.

That game will be shown live on BBC One at 13:45, the return of live cricket to the BBC for the first time in 21 years.