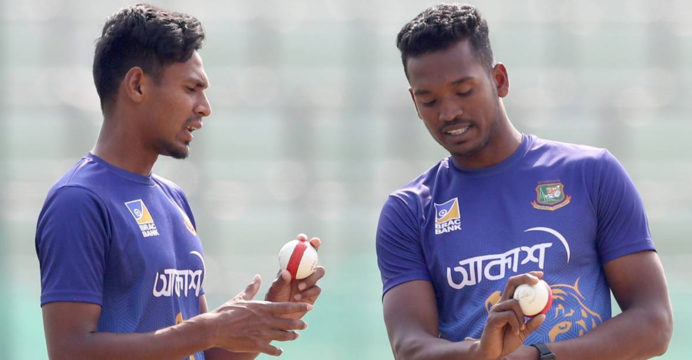 Bangladesh cricket team member and fast bowler Al-Amin Hossain emphasized that they have been practicing hard amid COVID-19 pandemic to make the Sri Lanka tour a successful one.

Al-Amin stated that once the coaching crew of the national team returns to Dhaka in the next month, the training session will get extra speed.

“We have been training individually, arranged by the BCB for the last two weeks. But this week, we have got the opportunity to bowl the batsman, which gives us immense pleasure as a bowler, since we hadn’t been bowling to batsmen for some health restrictions, caused by the coronavirus,” Al-Amin stated here today.

“We are doing everything as per the advice given by the coaches through virtual meetings. But this time we have been practicing hard at the ground. Hopefully, the practice will start in full swing in the next week. I will say, the practice for the Sri Lanka tour has been going great at this moment,” he added.

Al-Amin played so far seven Test matches after making Test debut in 2013. Later he was dropped since Bangladesh emphasized on spin bowling. However, of late it has been proved that if the pitch tends to favour pacers, Al-Amin could make the cut in the first XI alongside two automatic choices Abu Jayed Rahi and Ebadot Hossain.

Al-Amin in fact is seeming for making a comeback in Sri Lanka tour, where Bangladesh will play three Test matches.