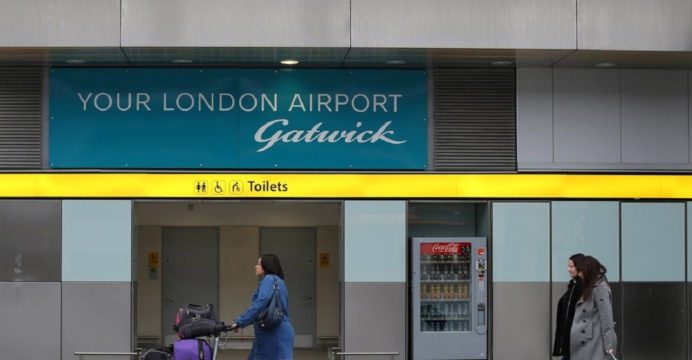 Gatwick Airport revealed plans to cut a quarter of its workforce

Gatwick Airport has unveiled plans to lay off a quarter of its workforce because of the effect of coronavirus. Around 600 jobs could be lost following an 80% reduction in the number of passengers.

The airport is running at about 20% its usual capacity for this month, with only the North Terminal open.

Chief Executive Stewart Wingate said the lay offs were a result of the “devastating impacts” coronavirus had on the airline and travel industries.

In March, the airport declared 200 jobs would be lost and it later took out a £300m bank loan. With the collapse in passenger numbers, the company said it was looking to further decrease costs.

About 75% of staff are at present on the government’s furlough scheme, which is due to end in October.

Staffs will be formally consulted on the restructuring plans before any jobs are lost.

Regional manager of the union Unite, Jamie Major, said 600 jobs amounted to roughly a quarter of the workforce directly employed at Gatwick.

He said: “This is a bitter blow for the workers and once again highlights the chronic failure of the government to support the aviation sector, despite promises way back in March that it would do so.

“Unite will be entering into formal negotiations with Gatwick Airport to ensure that redundancies are minimised and that all redundancy procedures are fair and fully transparent.”

He said the workforce had been left reeling and the scale of job losses was having a devastating effect on the local community and economy.

The company, which is owned by VINCI Airports and Global Infrastructure Partners, was talking to the government about support for the aviation industry and a new system to give passengers “greater certainty on where and when they can safely travel abroad,” Mr Wingate said.

Airport bosses said: “The proposed organisation redesign will reshape the company so it is best placed to respond quickly to future growth.”

Gatwick’s announcement follows the news that British Airways will make hundreds of job cuts at the airport in West Sussex.