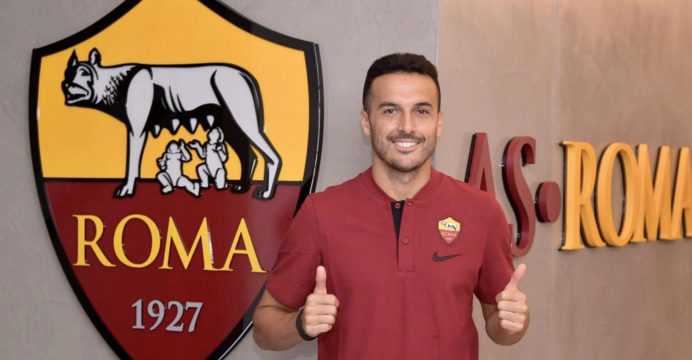 “I am delighted to be here at Roma,” Pedro Rodriguez stated. “I’m excited about this challenge and to compete to achieve our targets over the coming seasons.”

He made 65 appearances for Spain, scoring 17 goals, winning the World Cup in 2010 and European Championship in 2012.

“It’s a privilege for us to be able to welcome a player of Pedro’s quality to the Roma family,” stated Roma CEO Guido Fienga. Pedro spent the last five seasons at Chelsea, helping the club to win the Premier League, FA Cup, and Europa League during that span.

Rodriguez started his senior career at Barcelona FC, where he won the treble twice and the Champions League three times, scoring in 2011 final.

Roma finished fifth in Serie A last season with the new campaign due to get underway on September 19.

This article has been posted by a News Hour Correspondent. For queries, please contact through [email protected]a
No Comments