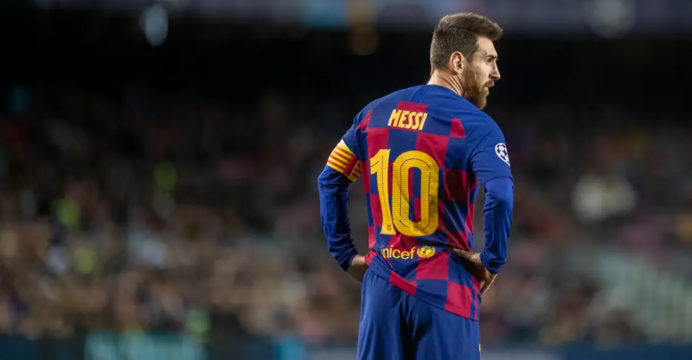 Argentine star Lionel Messi wants to leave Barcelona. In a special message, the 33-year-old football magician requested that he be released soon on a free transfer.

Just 10 days ago, Barcelona lost against current European champions Bayern Munich by 8-2 deference in a match in which Lionel Messi played. After the match, Barcelona quickly changed the coach. Ronald Koeman was brought in to replace Quick Setien.

Lionel Messi has won the Ballon d’Or six times. Messi has a contract with Catalan club Barcelona until 2021, Messi’s ‘buy out clause’ is 700 million euros. The buy-out clause is the base price of a transfer during the tenure of the contract mayor.

Meanwhile, the only way to keep Messi at Bara is through the resignation of current Barcelona president Josep Maria Bartemo. But Spanish football writer Guillaume Balag thinks Messi is adamant in his decision.

There is a clause in Messi’s contract that says he will be released for free if he wants to, but must be notified by June 10. That date has passed now. But Messi and his aides think the coronavirus has delayed the entire season so the date mentioned in the article also needs to be changed.

Following the announcement yesterday, Barcelona fans gathered at Barcelona’s Nou Camp. They chanted slogans against the board.

Lionel Messi is the highest scorer in the history of the club. Messi has scored goals against Manchester United in the 2009 and 2011 Champions League finals.