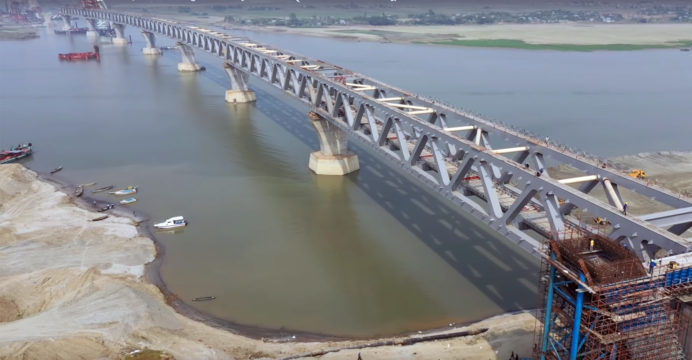 After a long wait, the first batch of steel girders for use in the Padma Bridge Rail Link Project (PBRLP) has reached Chittagong port. This is a major step forward in the project considering the deadline for the completion of the project. The production of steel beams has been affected by the COVID-19 pandemic followed by massive flooding.

According to China Railway Group Limited (CREC), the contractor of the project, the production, and delivery of the steel beams was a big challenge. Due to the high water level of the Yangtze River and the plum-rain season in China, transportation from the Jiujiang City of Jiangxi Province to Shanghai Port via waterway became very difficult and risky. However, considering the urgency and deadline, CREC took additional measures such as increasing manforce at Shanghai Port to ensure smooth shipping of the beams.

The consignment arrived at Chittagong port during the Eid-ul-Adha and there was a delay in getting clearance from the port. CREC takes effective steps to ensure that shipments reach the project site as quickly as possible.

The steel girders weigh about 50,000 tons, including 8 steel truss girder bridges, and 53 steel plate girder bridges, which are all manufactured by China Railway Hi-Tech Industry Co. Ltd., and shipped from Shanghai port to Bangladesh for assembling and on-site erection. The transported steel beams will be used for the on-site erection of bridge No. 87, 45, 49, 56, 107, 112, and 120. These bridges are part of the priority section of the project, which will be opened first. 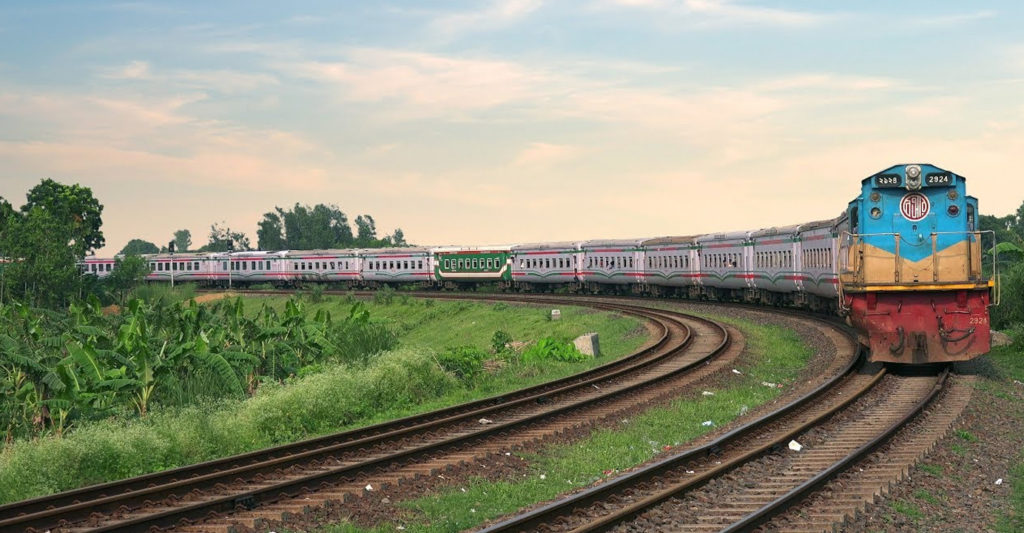 The steel beams of different spans must go through trial assembling in the factory before going into production at full capacity. During production, the beams are marked with different colors so that they can be separated for use on different bridges. Also, there are different types of beams that require different engineering techniques and technologies and the production process is highly sophisticated.

Being constructed by China Railway Group Limited (CREC), the 168.6 kilometers project stretches from Dhaka to Jashore. Of the total project length, 16.7 kilometers is an elevated railway. The project includes 181 kilometers of ballasted tracks and 32 kilometers of ballastless tracks, 63 large, medium, and small bridges forming a total length of 30.5 kilometers, and 230 culverts of different sizes.

This project is an important part of the railway network of Bangladesh. Completion of this project will play an important role in improving the traffic condition of Bangladesh and will accelerate the economic development of the country. Unfortunately, according to CREC, the project will be delayed due to road closures and flood and Covid-19 conditions. In this case, the contractor company has taken various steps to prevent the negative impact of these factors.