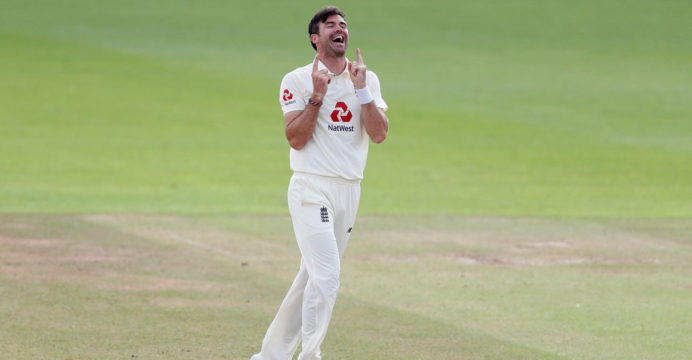 English paceman James Anderson states he still loves the hard grind of fast bowling after becoming the first paceman to take 600 Test wickets on Tuesday as England were forced to settle for a draw against Pakistan.

James Anderson, only the fourth bowler to achieve the feat, cemented his position in cricket history in the closing stages of the rain-marred third and final Test in Southampton.

Fresh downpours stopped play on the last day until 1515 GMT, meaning the home side, 1-0 up in the series, did not have enough time to force a victory.

But despite the competition is over, all eyes were on Anderson and the 38-year-old was not disappointed as he reached the milestone of 600 wickets with his 14th ball.

Defying a docile pitch, he produced a rising delivery that moved away from Pakistan captain Azhar Ali, a first-innings century-maker, with England skipper Joe Root holding a head-high catch at first slip.

There were applause and cheers from Anderson’s team-mates, with the nick off the shoulder of Azhar’s bat clearly audible at an empty Ageas Bowl.

With no certainty as to when England’s rescheduled series against Sri Lanka or a Test campaign in India penciled in for the New Year will take place due to the coronavirus pandemic, there was a chance that Anderson could have been stranded on 599 Test wickets.