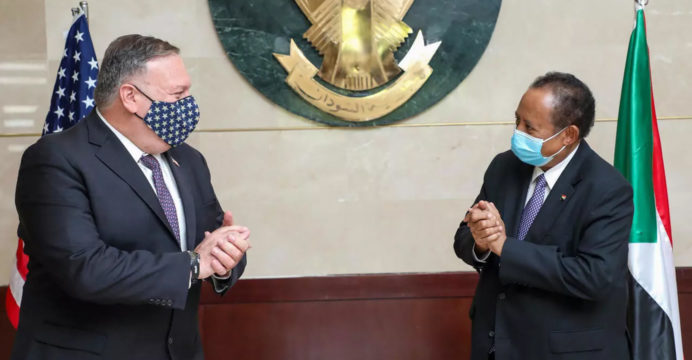 Pompeo, the first top American diplomat since 2005, arrived on a historic “first official non-stop flight” from Tel Aviv, he tweeted from the plane.

Israel continues technically at war and has no formal diplomatic relations with Sudan, which for years supported hardline Islamist forces under its former strongman Omar al-Bashir.

But its new interim government has vowed to sever ties with the Bashir era since his ouster last year amid popular pro-democracy protests. 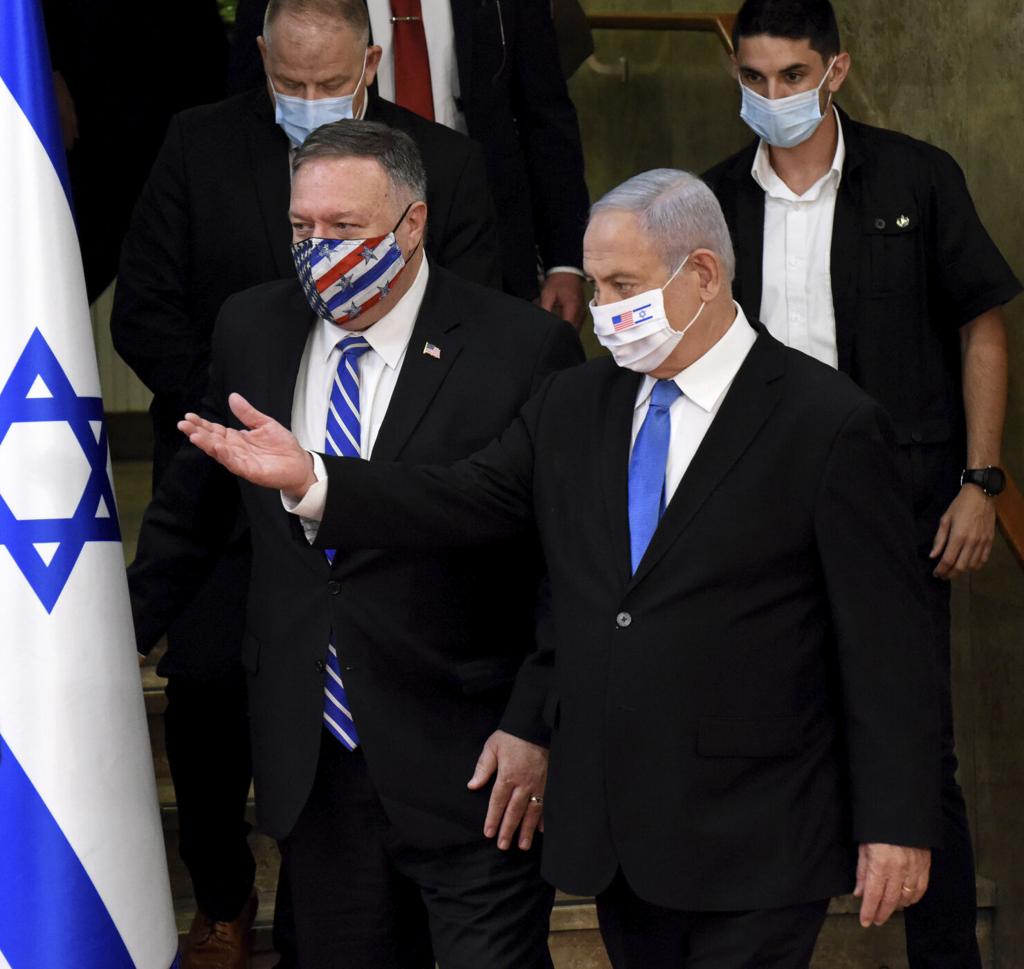 Sudan, which has started sweeping social and political reforms, now hopes The US will soon take it off its blacklist of state sponsors of terrorism as it seeks to fully re-integrate into the international community.

Closer ties with US ally Israel would assist, and both sides have already taken a series of steps, muddied however by mixed messaging from Sudan.

Israeli Prime Minister Benjamin Netanyahu met with Burhan in Uganda in February and later announced that the two leaders had agreed to cooperate in normalizing relations.

The Sudanese cabinet later denied that Burhan had made promises that are controversial in most parts of the Arab world.