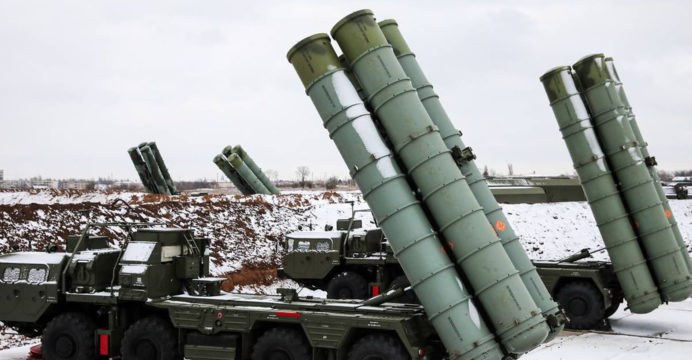 In 2017, Russia and Turkey finalized a deal worth about 2.5 billion U.S. dollars to provide Ankara with S-400 systems, and delivery was completed in 2019.

Turkey is the first member of the North Atlantic Treaty Organization to purchase such air defense missile system from Russia.

The S-400 missile system is considered the most advanced of its kind in Russia, capable of destroying targets at a distance of up to 400 km and a height of up to 30 km.