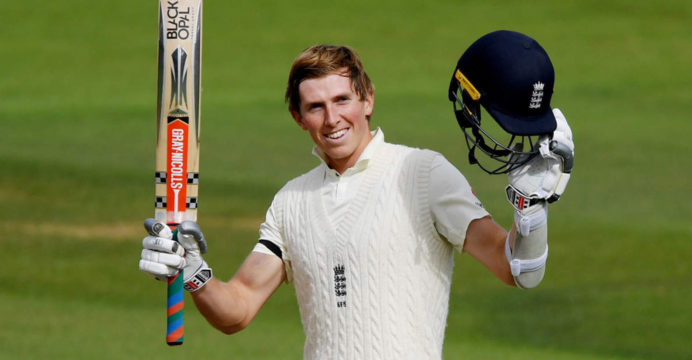 Jack Crawley will thank his parents for the double century

Cricket world fascinated by Jack Crawley. This fascination could throw England selectors into a sweet problem. What he did when he got a chance in the team in place of Ben Stokes is that the selectors are in a ‘who to leave and who to keep’ situation!

Stokes is out of the team in the second Test against Pakistan. Stokes has left for his hometown in New Zealand due to his father’s illness. His replacement Crawley has caught everyone’s attention with a great fifty in that test. In the third Test, he scored a double century and established that he has come to stay in the England team instead to became a replacement.

The 22-year-old Crawley played great innings of 267 runs yesterday. The England team declared the innings with 563 runs for 6 wickets against Pakistan. In response, the situation of Pakistan is trembling. They have made 24 runs with 3 wickets.

What an incredible shot to bring up your 250!

Crawley is very smooth against Pakistani spinners. The source of this fluency is his own effort. He visited India to learn how to do well against spinners, “I went to India and learned the game of spin. I have improved my batting against the spinners,” he said.

Crawley has made history for himself. With a double century, he is the third-youngest double centurion for England.