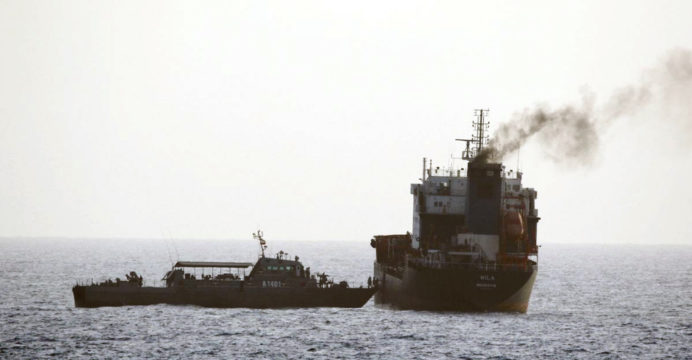 Iran Claimed to detain UAE ship and its crew

Stresses have increased among Iran and UAE, which face each other across the Gulf since last week’s settlement between the Gulf state and Tehran’s arch-foe Israel to normalize ties.

State television of Iran quoted a statement from ministry as saying that the Emirati ship was captured by Iran’s coastguards and its crew was arrested due to illegal traffic in Iranian waters.

The statement also added that on the same day, UAE coastguards also killed two Iranian fishermen and seized a boat. It stated the UAE has also apologised for the incident. but the UAE Foreign Ministry declined to remark about the issue when contacted by news media.