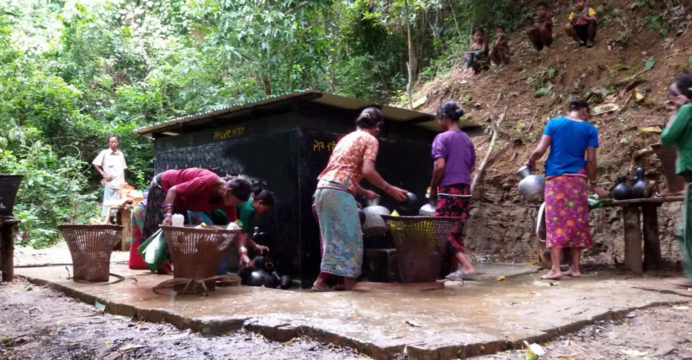 The problem of potable water is universal. The problem of water in the mountains during the dry season became evident. One of the reasons for this is that the sources of the Mountain canal in the CHT have dried up due to deforestation.

Climbing up the hills with jars full of drinking water from the plane land by women and girls is a common picture of the isolated mountainous areas in the three hill districts of Chittagong Hill Tracts (CHT), as the regions are staggering under severe drinking water shortage.

Sometimes the drinking water of the natural sources is also became polluted by dry leaves and other pollutants, causing people to suffer from different water-borne diseases.

The Chittagong Hill Tracts Development Board (CHTDB) recently signed a contract with a research firm called CEGIS. According to the agreement, CEGIS will compile a complete list of water and water sources in the three hill districts and make recommendations on how to revitalize them. This project is called ‘Identification and Revitalisation of Water Sources/ Springs for Sustainable Water Resources Management of CHT.’

On this basis, the Chittagong Hill Tracts Development Board will adopt a master plan to solve the water problem in the hills. The hill people suffering from water scarcity will have to be patient for some more time. 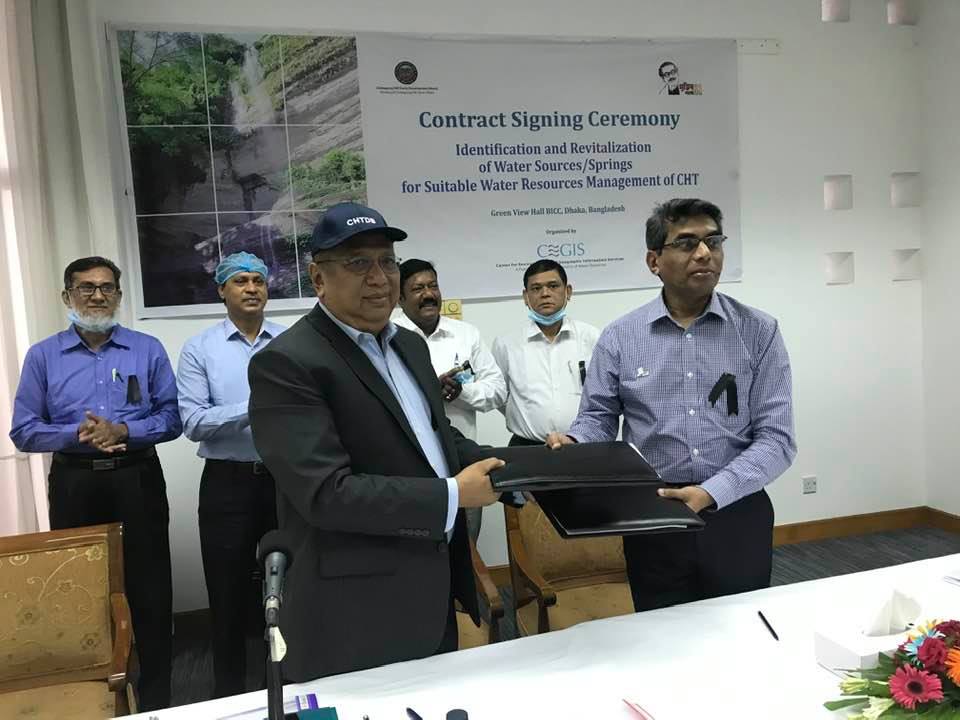 CHTDB Chairman Naba Bikram Kishore Tripura said, “Unplanned development’ is not the cause of mountain water problems. On the contrary, the main cause of the water crisis is the drying up of 8,200 km of 5,000 rivers due to indiscriminate deforestation year after year.”

He also hoped this project will ensure water supply for those people living in the Chittagong hill tracts without safe drinking water.

In the contract Signing Ceremony between CHTDB and CEGIS on ‘Identification and Revitalisation of Water Sources/ Springs for Sustainable Water Resources Management of CHT’ Senior Secretary Ministry of Water Resources and Chairman, CEGIS Trustee Board Mr. Kabir Bin Anwar and Secretary, Ministry of CHT Affairs Mr. Md Meshbaul Islam were present during the signing ceremony at BICC along with the Chairman of CHTDB Mr. Naba Bikram Kishore Tripura.