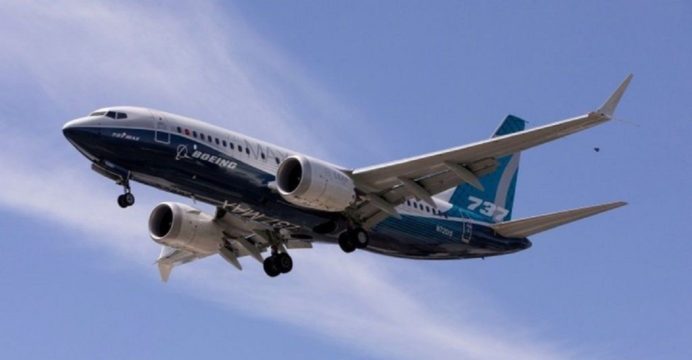 US planemaker Boeing gets first order for 737 Max planes since regulators grounded the jets after two fatal crashes.

The company said Polish airline Enter Air had placed an order for up to four of the planes.

Enter Air said the review the 737 has undergone since the crashes last year would make “the best aircraft in the world for many years to come”.

The jet’s recertification is still hanging in the balance.

Enter Air is the largest charter flights operator in Poland which started it’s operation 10 years ago with only one 737 plane.

It has 22 Next Generation 737s, and should it buy all four aircraft outlined in the new contract, its 737 Max fleet will increase to 10 planes, Boeing said.

Ihssane Mounir, Boeing’s senior vice president of commercial sales and marketing, said it was “humbled by Enter Air’s commitment to the Boeing 737 family”.

The two companies also said they had come to a settlement that revised the delivery of pending orders and given Enter Air with compensation for costs stemming from the 737 grounding.

Some news reports suggested that the omission of the word “Max” in the headline of Boeing’s announcement about the deal suggested that it was quietly dropping the controversial branding.

In response to a query from the BBC, a company spokesperson played down the suggestion, highlighting that “the 737 Max is mentioned several times” in the press release.

Regulators grounded the 737 Max worldwide last year in March, after two fatal crashes which killed 346 people. US lawmakers investigating the firm last year accused it of concealing information about the plane from regulators during the approval process.

The company has said it hopes to receive approval to return the planes to the skies early next year, but it has also announced plans to scale back its production schedule.

As well as the crashes and grounding of its Max fleet, Boeing has also been hit by the effect of the coronavirus crisis on air travel.

This year, customers have cancelled more than 400 orders for the jet.

In the first six months of the year, Boeing delivered nine 737 planes to customers, compared to more than 100 in the same period in 2019.