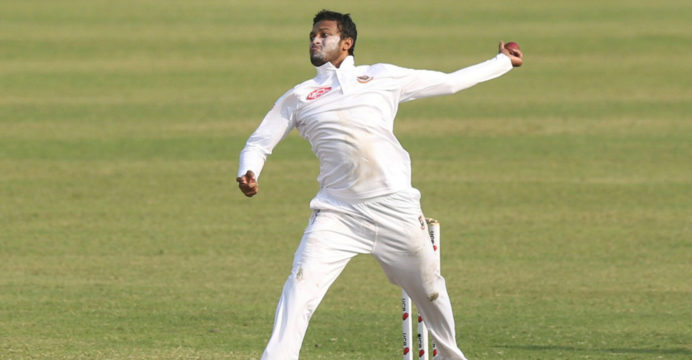 Shakib Al Hasan’s ban will be ended on October 29, just a day after the first Test, slated from October 24-28, between Bangladesh and Sri Lanka. Shakib even can play the second Test subject to his fitness and match practice.

“Shakib can play cricket as soon as his ban is lifted,” BCB president Nazmul Hassan Papon said here today as he joined the Special Prayers program, arranged by the board in observance of the National Mourning Day.

“He is available after his ban ends. We are eagerly waiting for him to return to cricket. But there is a matter of fitness and practice. Therefore, he will practice alone, as per his desire. As far as I know, he will return to the country from the USA this month. Hopefully, he will be fit and can join us in Sri Lanka and will play the Test.”

Shakib, who was prevented to play due to his failure to report corrupt approaches, reportedly will start his practice session alone at BKSP from the first week of September in a bid to make his return to cricket a smooth one. In BKSP, he will be supervised by coaches like Salahuddin and Nazmul Abdeen Fahim.

“He can’t practice with BCB but if he gets another team to practice, he can do it. But we will keep him in observation. He can work with our physio and coaches separately. He will have to go through a fitness test.”

Papon said that they will tell Shakib to go to Sri Lanka in advance so that the BCB can observe him.

“We will tell him to go to Sri Lanka earlier so that we can observe him. The discussion with him is being held in this regard,” Papon concluded.