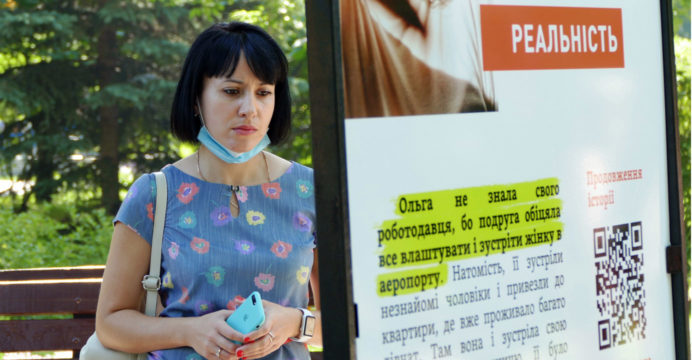 Warning of COVID effect as trafficking cases rise in Ukraine

New figures published by IOM, un migration agency today show a sharp rise in the number of Ukrainians identified as victims of trafficking and assisted from January to June 2020. The total – 800 – represents a leap of 40 percent compared to the first half of the previous year.

“In crisis situations such as the current COVID-19 pandemic, migrants are often at risk of increased vulnerability to human trafficking and exploitation,” said Anh Nguyen, Chief of Mission at IOM Ukraine, opening an IOM-supported exhibition entitled Expectations vs Reality in the capital Kyiv.

“People may become victims as a result of losing their jobs due to the pandemic while vulnerabilities of persons already at risk of trafficking may be further increased by the economic slowdown,” he added.

Those assisted by IOM in the first half of 2020 were exploited in 22 different countries, including Ukraine itself. The Russian Federation remained the principal destination country, with 55 percent of the victims assisted by IOM Ukraine having suffered there. Poland ranked second with 28.7 percent, while internal trafficking, including the annexed Crimea and the non-government-controlled territories of Donetsk and Luhansk regions, accounted for eight percent of cases. 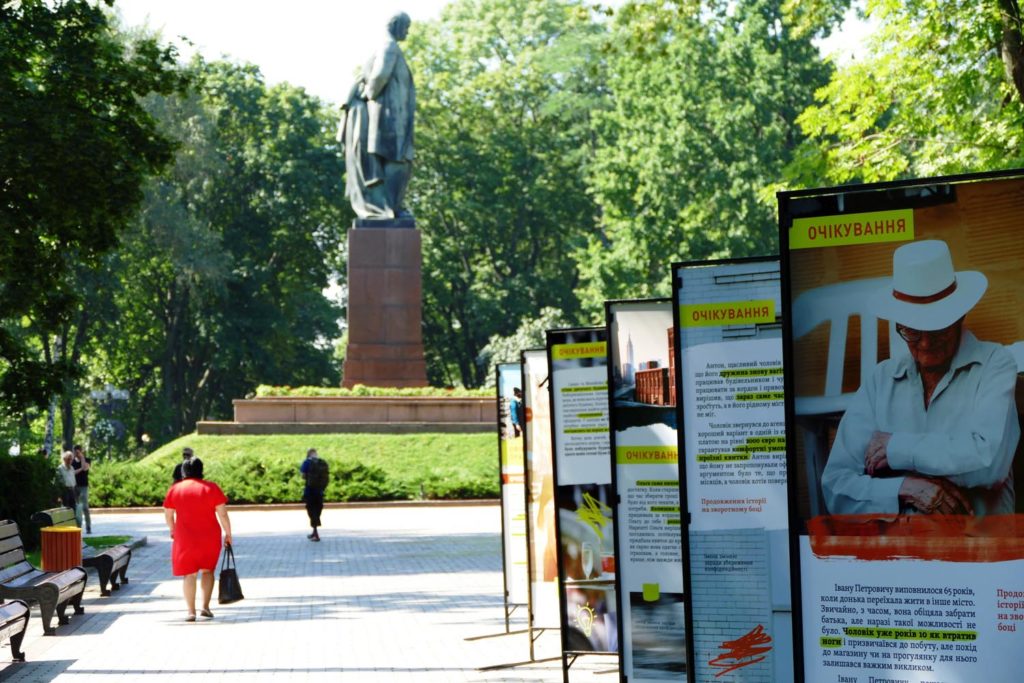 Following the trend of previous years, 71 percent of victims were male, and the overwhelming majority (97%) of victims identified in the first half of 2020 were trafficked for labor exploitation.

Expectations vs Reality is a national trafficking awareness campaign, which opened in Kyiv today. It forms part of a joint IOM-Government-OSCE-NGO initiative, throwing light on the harsh reality of informal employment.

The exhibition will be on display in Kyiv until 12 August and then will visit 16 regional cities. The project also promotes the new IOM-supported website www.worksafe.org.ua, which features the stories of trafficking survivors and also provides tips on how to avoid being exploited. 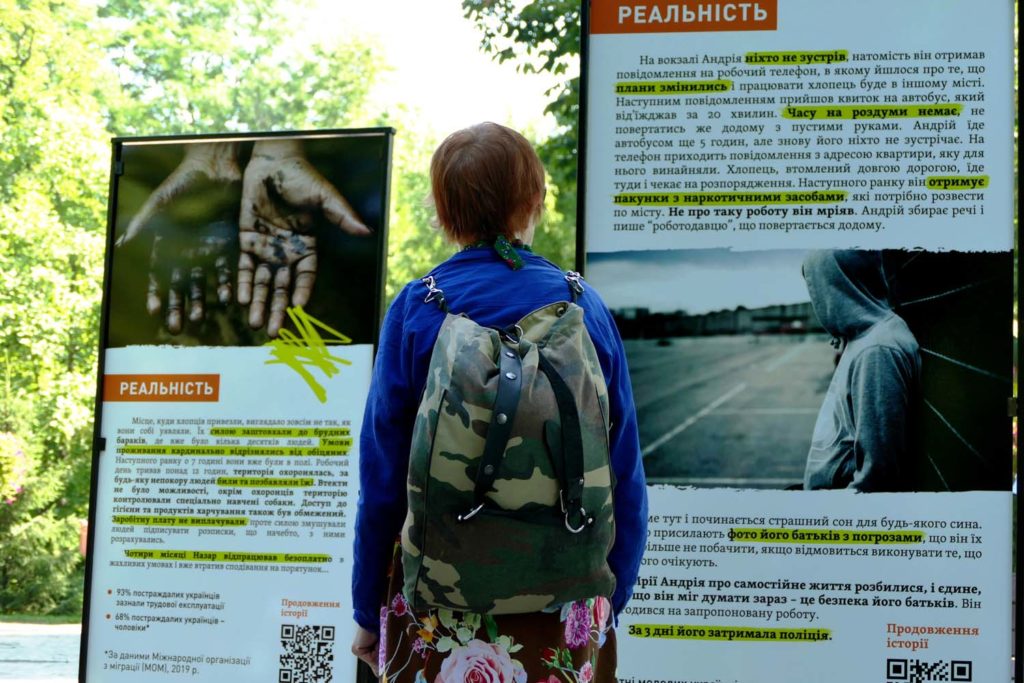 “To counter modern slavery in times of COVID-19, existing national mechanisms of referral and response should be scaled up to offer much-needed medical assistance and socioeconomic reintegration support to vulnerable migrants, including victims of trafficking, violence, and abuse,” stated Anh Nguyen.

IOM has been assisting trafficking survivors in Ukraine for 22 years, and over 17,000 victims have received medical, psychosocial and legal assistance, vocational training, and equipment to help them start their life again.