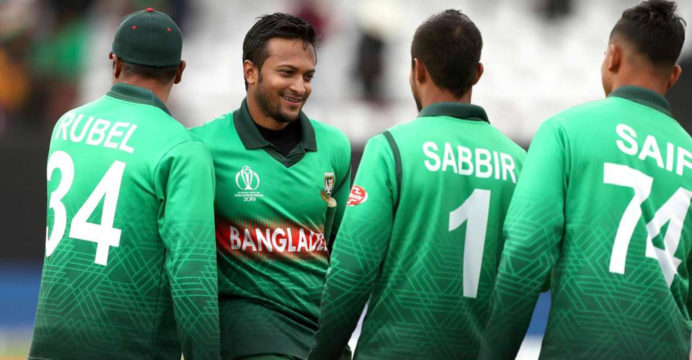 Bangladesh to visit New Zealand in February next year

Bangladesh is all set to visit New Zealand for a three-match ODIs and as many T20 International in February-March next year, the New Zealand Cricket (NZC) on Tuesday confirmed.

Bangladesh is originally scheduled to tour the South Pacific country in October for three-match T20 Internationals as part of their preparation for the ICC T20 World Cup in Australia.

The tour was postponed due to the outbreak of coronavirus worldwide. However, the T20 World Cup also got postponed, opening another window for the tour and this time, adding three ODIs also.

New Zealand is also set to host West Indies, Pakistan and Australia alongside Bangladesh while a visit by the Australia Women’s team is also in the early stages of planning for the gap created by the postponed ODI World Cup in February.

NZC is currently working with the government on the bio-security measures that will need to be in place for the touring teams with visitors to the country currently required to isolate for 14 days on arrival, said David White, the NZC CEO.

He also told the media that they are looking for a model similar to that used by the ECB during their ongoing season, which was the first international cricket to resume amid the Covid-19 pandemic.

“We are making tremendous progress. I was just on the phone to the West Indies, they’re confirmed, Pakistan is confirmed, Australia and Bangladesh… so 37 days of international cricket,” White told the reporters.

New Zealand has been one of the most successful countries in combating Covid-19 and recently marked 100 days without community transmission.