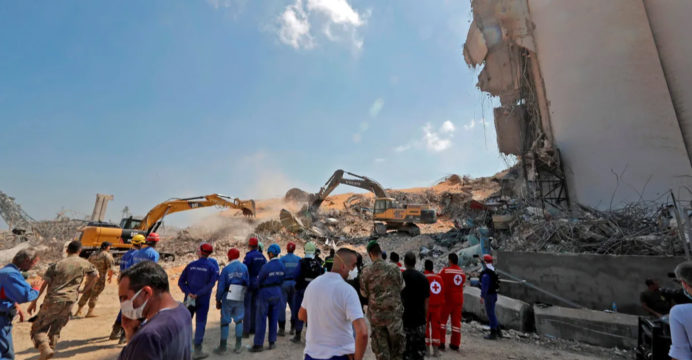 Minister Hassan stated that 20 percent of the 5,000 injuries need hospitalization while severe cases have reached 120 as the shattered glasses induced severe injuries that required surgeries, the National News Agency of Lebanon reported.

Two huge explosions rocked Port of Beirut on Tuesday evening, killing at least 154 people and injuring about 5,000 others while causing massive damages in the city.