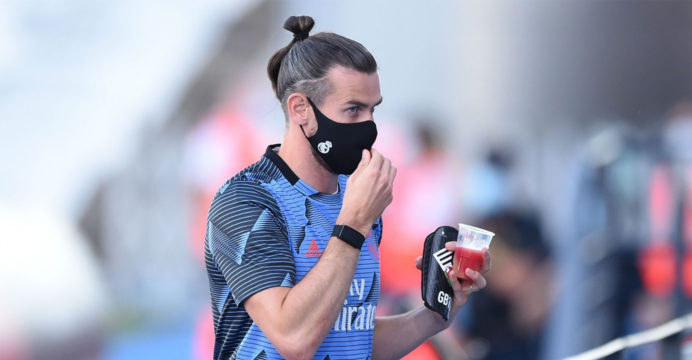 Bale did not want to play against Man City: Zidane

Real Madrid manager Zinedine Zidane has stated Gareth Bale told him he did not want to play for Real Madrid against Manchester City in the Champions League on the round of 16 on Friday.

But also Zidane told Eden Hazard is fit to face City, despite attention regarding the Belgian’s right ankle.

Gareth Bale was left out of the squad and has not traveled to Manchester, where Madrid are aiming to overturn a 2-1 deficit from the first leg in February to reach the quarter-finals.

Experts close to Bale claim he told Zidane he did not want to travel, after finding out he was not included in the squad but was ready to play.

Zidane announced it was a personal decision rather than a technical one but would not be drawn on details, insisting “there are things that have to stay in the changing room”.

While asked about Bale’s future at Real Madrid, Zidane stated: “Gareth Bale is a Real Madrid player, nothing has changed and I respect him like everyone else.”