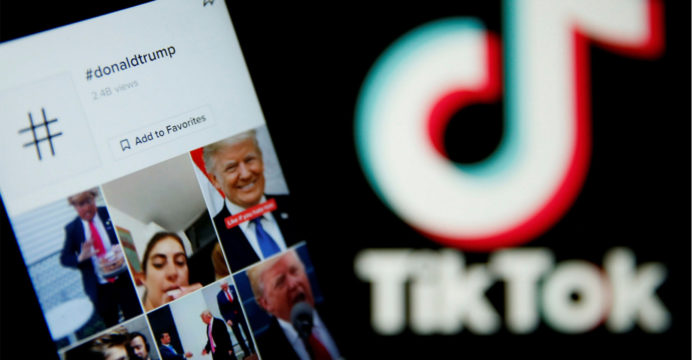 If not sold by mid-September, TikTok will be ‘out of business’ in USA: Trump

President Donald Trump said Monday that the Chinese-owned popular video-sharing app TikTok will remain “out of business” in the United States unless it is sold to a US company by September 15. News from AFP.

Trump told reporters, “I’ve set a September 15 date for the app to go on sale. Otherwise, it will not be able to do business in the United States.

Trump said that Microsoft was in talks to buy TikTok, which has as many as one billion worldwide users who make quirky 60-second videos with its smartphone app.

But US officials say the app constitutes a national security risk because it could share millions of Americans’ personal data with Chinese intelligence.

Trump gave the company’s Chinese parent ByteDance until mid-September to strike a deal. If Microsoft or any other company is not able to buy the app, it will be closed after September 15.

But Trump also threw a surprise new condition in any deal, saying the sale of TikTok’s US business would have to result in a significant payout to the US Treasury for initiating it.